A kick after the siren has snatched victory for Sydney University at Chatswood Oval, leaving an impressive Gordon side heartbroken by a 27-25 loss. Trailing 25-20 with two minutes left on the clock, replacement David Fong was the Students hero, scooting over in the corner to level the scores before converting his own good work with a terrific pressure kick from the sideline to seal the win.

The game was a great advert for club rugby with both sides looking to attack at every opportunity and seven tries the result. But the Highlanders can consider themselves desperately unfortunate not to claim the spoils. Whilst understandably pleased to snatch the bonus-point win, Uni head coach Todd Louden admitted that the better side had ended up on the wrong side of the ledger.

“We got out of jail. You can’t take anything way from Gordon. They’d done their homework on us, they were definitely up for it, and they forced us into uncharacteristic mistakes. It was a really good lesson for our blokes.”

Things started well for the home side with their tenacity at the breakdown disrupting much of the visitors attacking forays, with the work of no.8 Luke Rissman to the fore. Ill discipline from Uni was punished by two early penalties from Tom Hill, and the young centre could have increased the damage when he intercepted a pass on halfway. But with open field in front of him he was run down, tackled, and turned over with terrific aplomb by the Students’ Zubayr Abrahams.

Dan Kelly reduced the lead on 20 minutes after a Highlander went off his feet. But soon after, Argentine winger Eric Maroni crossed for the first five-pointer of the afternoon after nice work from scrumhalf Hamish McGilvray. The Students knocked on the door a few times in response but an overly hit kick, spilt ball, or a big hit from Gordon cruelled their efforts, and when they mauled their way over on the half hour but were penalised for crossing, you wondered if it wasn’t to be their day. 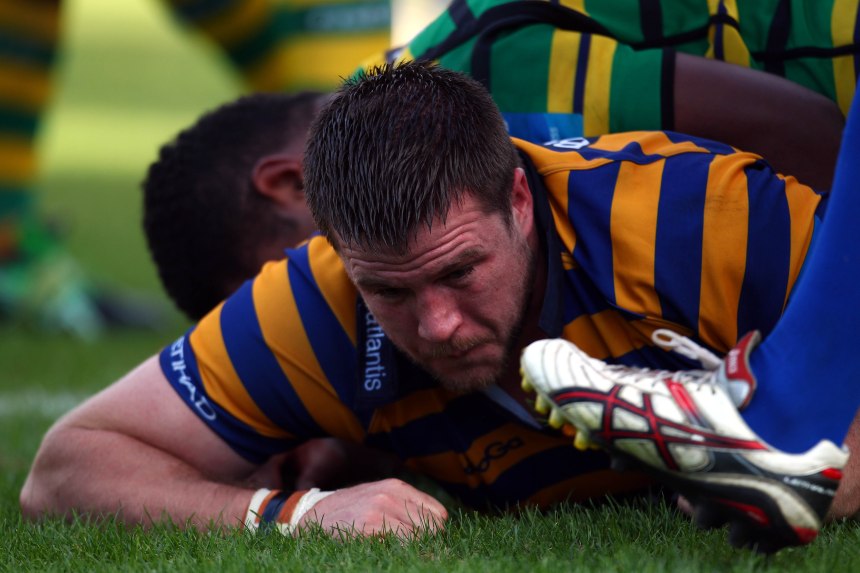 However, you can’t keep a good team down, and two tries in the last five minutes before the break changed the complexion of the game. A trademark lineout drive finally paid off when prop Pieter van der Merwe smashed his way over, and on the stroke of half-time the Students kept it in the forwards again to do the damage. A succession of pick and go’s were stoutly defended by Gordon, but predatory captain Matt Schwager pounced to dart under the posts, and Stuart Dunbar’s conversion took them to the sheds with a four-point lead at 15-11.

When replacement winger Kane Morgan then found the corner six minutes after the break to make it 20-11, it looked as if Uni were going to romp away with ease. But this Gordon team under head coach John Briggs are not beset by a brittle underbelly. They regathered themselves, stuck to their game plan, and hit back.

Flyhalf Chris Burnett went to the line in the 53rd minute and picked the perfect short ball to Hill, who sliced through the gap and raced away to dot down. And just a few minutes later, some great interplay and neat hands down the sideline left Tom Mathews with a clear run on the inside for another. Hill converted both scores to put the Stags five points to the good at 25-20. 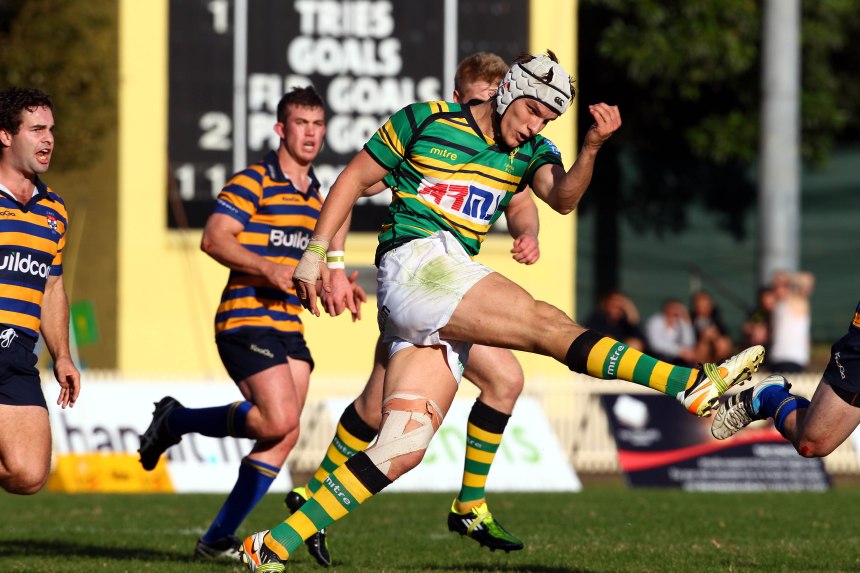 It was all set up for a grandstand finish as the home side dug their heels in to repel the inevitable Uni onslaught, and with two minutes to go they looked like holding out. But David Fong had other ideas. With Gordon’s goal line defence set to thwart another lineout drive, the replacement scrumhalf caught them napping when he scooted off around the short side to find the corner and tie the scores.

A draw was the least Gordon deserved at that point. But Fong was having none of it, stepping up to coolly slot the conversion from the touchline for a memorable, if slightly fortuitous victory.

“I had a look at Gordon’s three games coming in, and everything that we discussed about them they did. If sides don’t look after the breakdown and the tackle contest, and if the referee allows a little bit of greyness to creep in, then every team is going to have trouble against this side. They’ve scored a lot of breakout tries and turnover tries – scrag tries I call them – which is full credit to them. They’ve got some good backs in that backline as well and as the season progresses, they could be quite a danger I reckon.

“We have to play differently because we’re a very different Uni team to six years ago, and we have been scoring quite easily in terms of some of the attacking structures that we are putting in, not the typical Uni pick and go or the maul. That’s still there, that’s Plan B and we’ve also got a Plan C that we’re working on, so it’s coming slowly, we’ve just got to be a bit more flexible in some areas.

“Our scrum was very strong today, and I think if you look at the forward pack we’ve only got two guys from last year. So in that sense, it’s starting to come good. We’ve had to start again a little bit, but the excuse of not knowing or not turning up with the right attitude or intensity is not an excuse anymore. It’s at a stage now with our guys that – no matter whether they’re young, old, fat, skinny, tall, short – they’ve got to understand that playing in that jersey, everyone wants a piece of them.”

“I thought we were a bit unlucky. We’re just not getting the rub of the green at the moment, but if we keep working hard that will change. You’ve got to draw on the positives, and they were that we really should have won the game, that our game is getting better, and that the trust in each other is improving. It was a really good contest, I think the people enjoyed it that came, and the boys are in there disappointed. But at the same time they feel good about themselves, and this time last year that may not have happened. There’s more conviction in our performance now.

“We’ve got to work a bit more on extending phases, we tend not to go more than four or five and it’s akin to rugby league where they’ve got to get through their sets. You look at their stats and the team’s that don’t get through them, don’t build the pressure and they don’t score. It’s the same in rugby. We were a bit more direct today, which is good, and the seam in our defence is pretty good, so it doesn’t fracture too often and I think that’s important too.

“I don’t really think I had a bad player today. We probably let ourselves down with a couple of kicks that went astray in the final few minutes and those little things matter – particularly against a good side. We withstood the pressure for a fair while but in the end, they had enough ball to make headway and score the try they were after. I wouldn’t have backed him [Fong] to kick it from there but he nailed it to spoil our day. But that’s alright, better now than in 20 weeks or so.”

“We really let ourselves down today. We knew that Gordon were going to turn up, they did, and I think we just got out-enthused. We’re happy that we got away with it but disappointed by the performance, we’ve got plenty to work on. We’ll review it and move on as soon as possible, and hopefully look at this as a turning point in our season. We don’t want to play like that again.

“We started off the season reasonably well against West Harbour, had a bit of a setback against Manly, which was disappointing, a good win last week over Randwick, and then today was disappointing as well, so we’re just trying to find some consistency. We can’t afford to play like that if we come up against an Eastwood or Southern Districts, they’ll tear us apart.

“There’s a lot of new faces in the team and we are still extremely young as a group, but we can’t keep using that as an excuse. We’ve got to start learning from our mistakes and we’ve got to learn fast. It’s a short season this year and you’ve got to turn up week-in, week-out and keep winning. We were lucky today but we’ll take it.”

Original version published by clubrugby.com.au on May 9th, 2012