The improvement of Pacific Island rugby in recent years continued at the weekend with Tonga claiming an historic 21-15 victory over Scotland in Aberdeen, a result which led to Scottish head coach Andy Robinson walking away from his post. The Tongans rode their luck at times, with a heavy penalty count against them in the first half failing to be punished by Scotland’s unwillingness to kick for the posts – an admirable tactic which grew increasingly pig-headed with each non-scoring minute.

As with their previous games this Autumn, errors from Scotland gave their opponents some early momentum but Greig Laidlaw equalised an early 3pts from Fangatapu Apikotoa to steady the ship. With Tonga repeatedly infringing under pressure, he could/should have built up a healthy lead through the boot but the Scots constantly sought greater reward, which they failed to deliver.

Tonga weathered the storm and frustrated Scottish progress with a much improved scrum performance, and by playing a tighter, less adventurous game than usual. But when a chance did present itself, they were quick to pounce. Trailing only 9-3 in the 52nd minute, they set the cat truly amongst the pigeons by scoring the game’s opening try, Tukulua Lokotui going low to find the line after some good approach play got them in position. 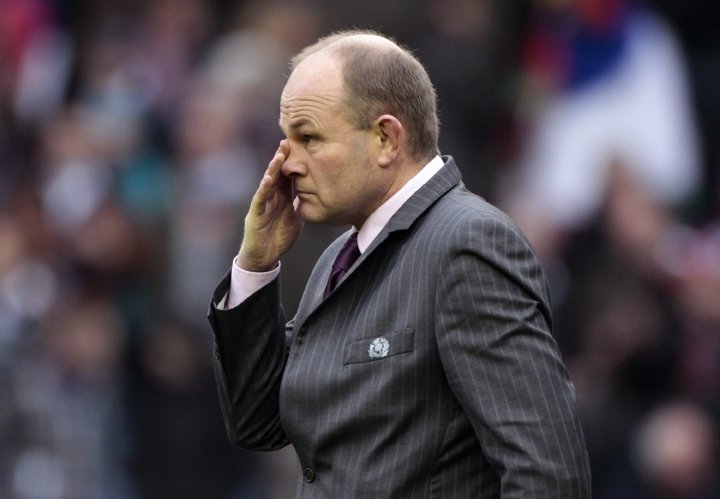 The end: Andy Robinson walks away after 3 years in charge

With anxiety spreading through the crowd, two penalties – suddenly fashionable – from Laidlaw gave Scotland a 15-13 lead with quarter of an hour to go, before Tonga twisted the blade. Fetu Vainikolo pounced off turnover ball to sweep upfield, outpace the cover defence and ultimately, seal Robinson’s fate. Tonga move up to 11th in the world rankings, Scotland drop to 12th and the search for a new coach begins.

Tonga’s heroics were almost matched by South sea neighbours Samoa, who caused an in-form French side all manner of problems before succumbing to a 22-14 loss. This was less ‘joie de vivre’, more ‘sacre bleu’ as the Samoans hassled and harried the French off their own ball, fed off any mistakes and looked dangerous every time they had ball in hand, outscoring Les Bleus by two tries to one.

The game was a stalemate for almost quarter of an hour before a grubber kick from Samoa’s tight head prop – yes, you read correctly – Census Johnston, helped to put full-back David Lemi over as France stood in shock. However, for the second week in a row an error from Tusi Pisi cost his team a try, an unnecessary kick charged down by Frederic Michalak who levelled.

A Morgan Parra penalty edged France in front by half-time but Samoa weren’t done yet, the large outstretched hand of lock Joe Tekori finding the line in the 43rd minute. But, just as they had France where they wanted them, the Samoans cruelled their efforts with ill discipline, allowing Michalak to kick the home side to an unconvincing victory with four straight penalties. Despite the loss, this Samoan side is well worthy of their new-found top eight status.

For the second week in a row, England couldn’t turn second half dominance into victory as they let another disjointed performance from South Africa off the hook, going down 16-15 at Twickenham. The Springboks edged an uninspiring first half with scoring opportunities at a premium as Ruan Pienaar and Toby Flood attempted to settle the result through the boot. Two misses from Flood gave the Boks a 9-6 half-time lead but the pivotal moment of the match happened just after the restart, when a clearing kick from England half-back Ben Youngs ricocheted back off a Springbok, then off an unsuspecting Englishman, before falling fortuitously into the hands of Willem Alberts, who dotted down. 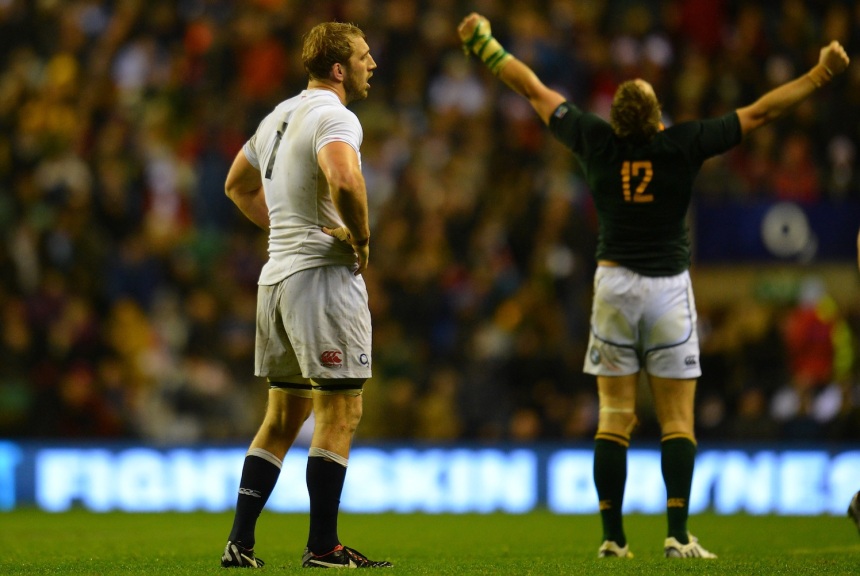 Torrential rain and a 10pt lead allowed South Africa to sit back and play field position but England kicked themselves back into contention through Owen Farrell, and were knocking loudly on the door in the last quarter at 16-12 when an opportunity to snatch the win was misjudged by captain Chris Robshaw. With a penalty in front of the posts but only two minutes left on the clock, he astounded the crowd – and seemingly Farrell – by opting for 3pts rather than kicking to touch. South Africa restarted, the whistle blew and Robshaw may be haunted by his decision for years to come.

Elsewhere, Ireland produced arguably their best attacking performance for almost two years to demolish a tired looking Argentina 46-24 at the Aviva Stadium in Dublin. New boy Craig Gilroy backed up his hat-trick debut against Fiji the week before with another dazzling try to complement his impressive display, and the 21-year-old Ulster winger is certainly one to watch. Ireland’s backline hasn’t looked as devastating since they tore England apart in March 2011, and with Jonathan Sexton pulling the strings they carved the Pumas up time and again, putting on seven tries and only conceding two late in the piece. It was a timely boost for the Irish ahead of the upcoming Six Nations, while Argentina look like their Rugby Championship endeavours have finally caught up with them. Los Pumas need a break.

As expected, Wales didn’t have nearly enough on current form to combat the fire and passion of a rampant All Blacks side, going down 33-10 in Cardiff. They were only outscored three tries to two – Kiwi fly-half Aaron Cruden bagging an 18pt haul off the boot – but in reality, New Zealand switched off with half an hour to go and one eye on Twickenham next weekend. The biggest talking points of the game were Andrew Hore’s cowardly ‘king-hit’ on Bradley Davies off the ball – the judiciary awaits – and Wales throwing caution to the wind at 33-0 and deploying a 13 man line out to drive over. Even the All Blacks couldn’t stop that.

This is a text widget. The Text Widget allows you to add text or HTML to your sidebar. You can use a text widget to display text, links, images, HTML, or a combination of these. Edit them in the Widget section of the Customizer.