After opening up an early 14-0 lead, including a try inside 13 seconds straight from the kick-off, the Shoremen looked set fair to make easy work of a Manly side in the last chance saloon. But a couple of missed kicks from flyhalf Angus Sinclair came back to bite Norths in the second half, when the Marlins found the form of last year to plunder a quick-fire double and keep themselves in a top six spot.

But with the siren having already sounded, the home side showed terrific patience and discipline to keep ball in hand, probe for a weakness and strike the decisive blow, Sinclair redeeming himself in some style with the crucial try and match-winning conversion to earn his side a home qualifying final, and end Manly’s season in the process. Check out the in-depth match report. Here’s the the view from the sheds…

“We targeted that kick-off and we targeted their pod-lifting, so that try was exactly what we trained for. The disappointing thing for me was the points that we did let in, they’re fixable things but still a little bit weak from us. We missed a lot of penalty kicks today, even our kicks to the sideline weren’t chewing off enough space, and it was just disappointing that we couldn’t be a bit more clinical in those zones. The same goes for our attack. Last week we attacked like a house on fire, we opened space and we ran hard. Today we were a bit passive. We were passing too early rather than running.

“We’ve got a real squad mentality this year, and we call our replacements ‘finishers’ because they come on and finish the game for us, and they did that today. Angus [Sinclair] had missed penalties early on, but I think he just wanted to tease me because when it counted, he stepped up, not only scoring the try, but then converting it.

“From my point of view it was about us sticking to our processes. We talked about it all week, how it doesn’t matter what position you are in the table, it doesn’t matter who’s ahead of you, who’s behind you or who you are playing. It was about the players being able to say ‘Right, in this scenario, these are the processes we’ve got to follow and this is how we’ve got to execute it, and this is what we’ve got to do to win.’ Ten games ago, that’s what we were talking about, it hasn’t changed. But I feel the players understand it as well as anybody now, so it’s been a really good growth phase for them, which is pleasing.” 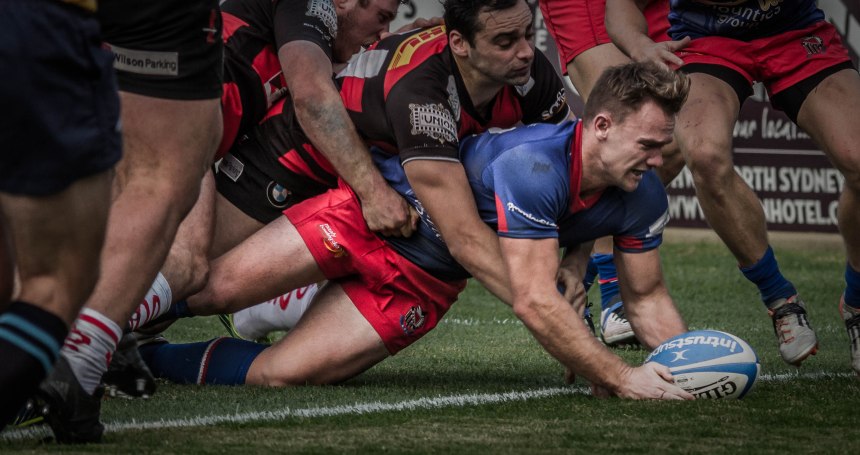 “The game might have been lost in the first 10 seconds – that’s just a crap try to give away – and their second try was a missed one-on-one tackle, it’s not like they had to outsmart us. But full credit to Norths, Cronnie’s done really well with them this year, he had a lot of time to spend with them in the off-season and I think they built this season before Christmas last year. They’re a well-drilled side, they’re fit and they know their roles, and you saw that today.

“They recycle the ball well and they wait, they don’t deceive you by running plays. They do the little things really well, they pass well, they clean-out well, they carry well, their lineout is fast and efficient, they’re quick on the ground and their service to 9 and 10 is quick. They had enough ball to win 10 games and the tackle count was probably five hundred to fifty but the couple of opportunities we had, we scored. We just didn’t have enough opportunities in the right areas but again, that’s credit to them because they put us in those positions.

“Last year was great for us but maybe when things are going well, you don’t see the little things that aren’t right because you’re winning. Whereas, this year has been a tough grind so you’ve got to learn from those hard knocks, pick yourselves up and say ‘We need to do things better’ – not just in first grade but across the club. You can’t polish a turd as they say. It hasn’t been a good year and something needs to be done about it collectively, from the top right down. If you’re competitive, that competitiveness is in you, and I’m already thinking about next year and I’m fired up.” 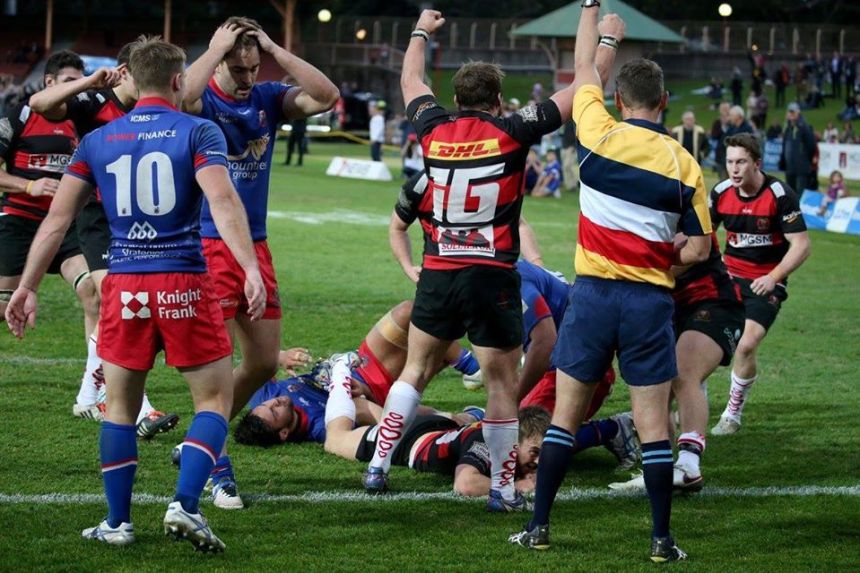 The agony and the ecstasy – Photo: Clay Cross / SPORTSPICS

“I’m very proud of the effort today. It’s hard not to think about the finals but this week, we kept focusing on the fact that Manly were going to be so desperate that we may as well treat it like week one of the finals. Play this game and think about next week after that. We had quite a good team last year that was still quite young, but we’ve learnt how to win this year and how to close out those games.

“I’ll definitely put my hand up for missing those kicks, that was pretty frustrating because we’d built good phases leading up to that and the forwards did really good work in the scrum. Missing those probably gave Manly a sniff, and then they got that charge-down try straight after they scored. But all year we’ve kept playing for 80 minutes, and we knew that if we did that and stuck to our processes, we could come away with the win. It’s probably also the result of the nine weeks before that as well, the self-belief we have in this group and in each other because we’re winning.

“We couldn’t break them down and I got the call from outside to put the kick in. But as soon as I hit it, I saw the Manly defence rushing back and I thought ‘I shouldn’t have done that!’ It’s pretty much a cardinal sin when you’re chasing the game – don’t kick it away – but luckily, Will [Weeks] and Irae [Simone] chased really hard, got the turnover and probably saved my backside. Then we went back to playing our phases and it seemed to go on forever, but luckily I managed to stretch out and just get there. I was more worried about my calves for the kick because I was double-cramping. The ref was giving me the ‘hurry-up’ and I was worried about cramping as I kicked it but luckily, it snuck over and we got the win.”