There were some positive omens yesterday for University of Queensland ahead of Sunday’s Hospital Challenge Cup Final clash with GPS, with the ‘Red Heavies’ dominating the end of season awards at the Queensland Premier Rugby Grand Final breakfast.

The Students walked away with the Welsby Cup, Horsley Cup (Minor Premiership) and the newly established Geoff ‘Bunter’ Shaw Challenge Cup safely in their possession, while flyhalf James Dalgleish also finished top of the points-scorers charts with 171pts across the regular season.

“It’s great to win some silverware ahead of the final,” said University assistant coach Elton Berrange. “It’s reward for a good season, but you would trade it all in for the Hospital Cup, that’s what we’re after.”

Standing in the way of what would be back-to-back Premierships for UQ are last year’s opponents GPS, who are looking to break a title drought going back to 1996. Berrange expects them to provide an even stiffer test this time round.

“I think the intensity will be higher than last year,” he confirmed. “GPS have adapted, they’ve played a bit more rugby, they’re direct in attack, we’ll expect them to try and crack us through the middle which they’ve tried to do over the last few weeks.

“I’ve been involved with the competition for almost a decade, this has been the biggest year yet in terms of awareness of the competition. There are more people talking about it, it’s been aired on Fox Sports, there is just generally a great buzz around Premier Rugby and it was a close competition. We’re in for a massive weekend.”

But despite the Students’ dominion, it was Bond University captain Tai Ford who picked up the most prestigious individual award of the season, the Alec Evans Medal as the competition’s player of the year.

A part of the NRC title-winning Queensland Country side last year, Ford also spent some time with the Queensland Reds in pre-season and stepped out in his state jersey for the Brisbane Global Rugby Tens tournament in February. And all that experience paid off handsomely as he helped guide the ‘Bull Sharks’ from the nadir of a wooden spoon in 2017, to a whisker away from finals footy this season.

“It was quite a great honour to win the Alec Evans Medal, the things that I’ve learnt over the past year I’ve taken back into club rugby,” he said. 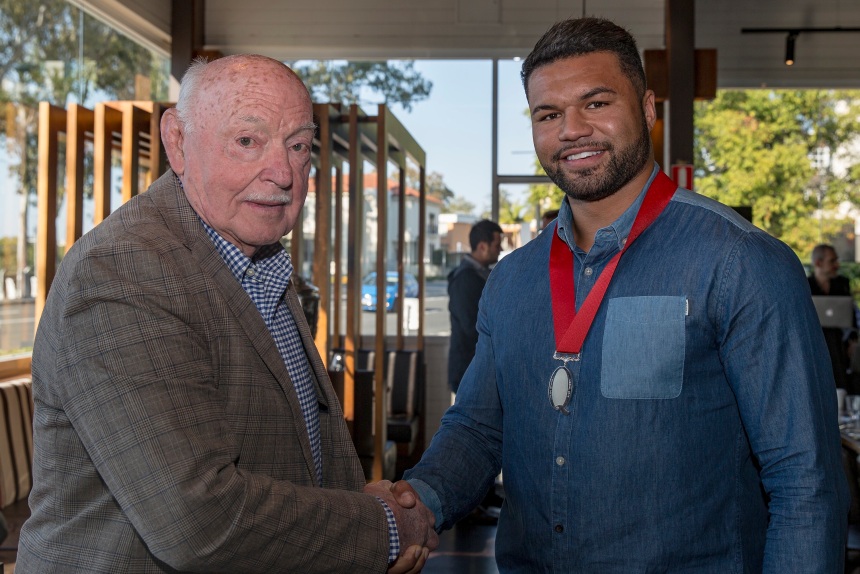 “I think the biggest thing I learned from my time in the NRC and with the Reds is expectation. It’s changed my view of what your teammates expect from you, to be better at training, in games and away from the rugby field.

“We wanted to reach the top four, but we had a good end to the season and people can recognise what is happening at Bond. People can see that we can compete with the best clubs in Premier Rugby and Gold Coast players who are based elsewhere want to come back to the Coast.”

Other notable achievements were Brothers 18-year-old backrower Harry Wilson lifting the U19s Player of the Year, and Souths winger Emori Waqavulagi finishing as the leading try-scorer in Premier Rugby, with 14 meat pies for the Magpies. While Brothers also rubber stamped their recent rise by ending UQ’s seven-year reign as Club Champions to lift the Doughty Shield. 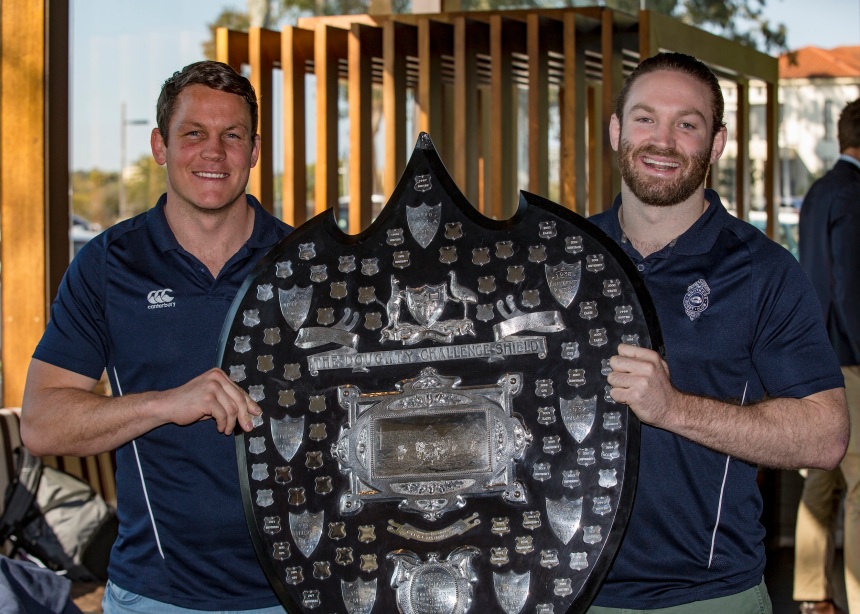 “I’m stoked, there has been a lot of effort go into it,” revealed Brothers’ club captain Dan Liddy. “It hasn’t been a one year venture, it’s been four-five years in the making. We looked at our club structures after the last few years and realised we weren’t getting the reward we wanted.

“A lot of people think that a winning club is a happy club, but we’ve remodelled that and have taken the approach that a happy club will be a winning club. It’s about us getting around each other as a collective. We don’t split into different grades, we’re a single entity, no one is above anyone else, we all play and love Rugby for the same reasons and the dividends are paying off.”

UNIVERSITY OF QUEENSLAND v GPS
Hospital Challenge Cup grand final
Sunday 19th August at Ballymore, kick-off at 3:05pm.
The match will be broadcast LIVE on Fox Sports channel 507, a first for the competition.