This time last year, Warringah lock Sam Thomson was celebrating a Premiership title, while young Sydney University second rower Lachlan Swinton was still coming to terms with the Students first time out of the Intrust Super Shute Shield finals in 19 years. One year on, and Thomson has gone from strength to strength to lead the competition season stats for lineout takes and steals, and Swinton has been a mainstay and chief enforcer in a Uni side keen to avenge last year’s disappointment.

With the set-piece and battle for dominance up front sure to be a feature in tomorrow’s grand final, Behind the Ruck caught up with both players this week to gauge their views on each other, their roles, and the challenge ahead.

Sam Thomson: “We spoke at the start of the season as a squad about how we wanted to go back-to-back, and we felt that it would be an even greater sporting achievement than winning last year. We know people felt that last year was won on emotion, but we are out to prove people wrong this year. We have been building slowly, we had new faces and injuries to begin with, however, we have now been undefeated since round seven, and we have some real momentum built up going into the final. It’s been good for us to go through the season sitting in 3rd/4th spot as there has been less pressure on us, and we have gone about our business under the radar a bit.

“We are a different team from last year, I feel we are stronger than we were before. Right across the entire top squad we have boys who would start at any other club. As Tom Preece says – we are animals! The squad is very settled now and we all fight for each other. We have progressed each week and are really hitting our stride now. I wouldn’t want to be playing us, no matter who Sydney Uni are bringing in to play this week.”

Lachlan Swinton: “I wouldn’t say missing the finals last year created pressure, it was more a case of proving a point to everyone, but mainly ourselves, that last year wasn’t our year, and not to dwell on it. However, we had to acknowledge it, learn from it, and move on, which I think we have successfully done so far this year.

“The method we applied to avoid the wheels coming off at any point in the year, was to take the season week-by-week and not to look at the competition as a whole. This allowed us to focus on our game and build and develop as a team, highlight areas which we can improve, and take advantage of areas which we are strong in. This was heavily enforced throughout the year by our captain Rohan and coach Rob, which is definitely needed in a young enthusiastic team.

“Physicality is definitely our packs strong point, and we thrive in physical games. We have constant debates at training about where we are positioned on the field in defence so that we can make more tackles, which I think shows that we are willing and definitely won’t take a backwards step. However, this aspect of our game is expected of us from our backs. That’s our job, and by doing it right it allows our backs to do their thing.” 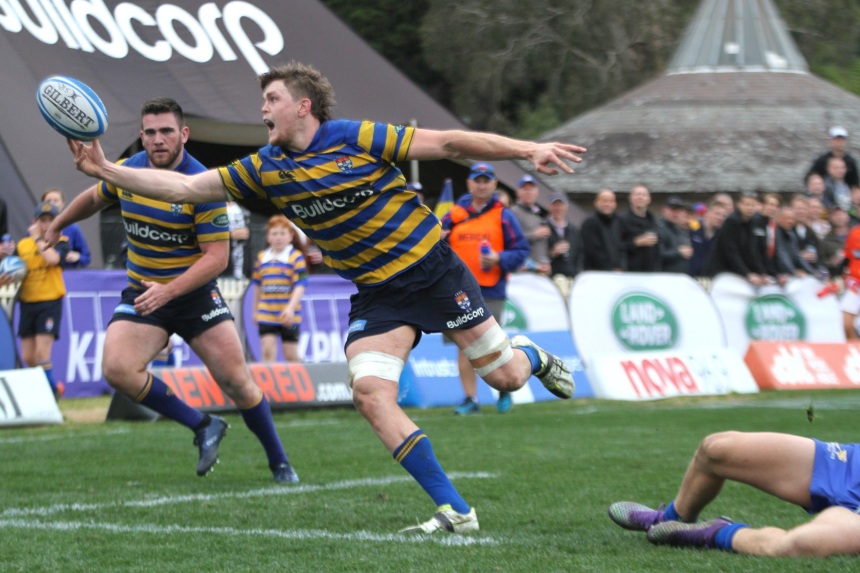 ON EACH OTHER AND THE LINEOUT BATTLE:

Lachlan Swinton: “I balance out my training focus to address the skills that I find myself mostly using, which would revolve around tackle technique, ball carry technique, lineout jump and deliveries, passing, and cleaning out. However, I’m still learning how to balance out my focus efficiently and get the most out of my training, which is where being around experienced players and watching them is a help.

“Playing an experienced player such as Sam requires you to respect the fact that he’s a good player who has been there before, and done the time on the pitch. However, on the day I back my personal skill and our pack’s skill to do our job, whether it be in the lineout or at set-piece. I’ve watched and played Sam a number of times and I do think he’s a good lock who provides for his team in both set-piece and around the field. That also goes for a number of players in the Warringah pack, but like I said before, I do truly back my pack’s ability in all aspects to get one over them.”

Sam Thomson: “He’s achieved a lot so far for such a young player, fair play to the guy. I think he was only on the pitch against us last year for around 20 minutes before he was a victim of a Tom Preece clean out, so I haven’t got much experience playing against him. We know he likes to bring a physical edge to the game and loves the aggro and the chat, so he is definitely someone we will look to take out of the game early.

“Last year our lineout wasn’t the best and it was a real focus point during pre-season. With [forwards coach] Benny McCormack coming in, he really stripped it back and focused on the little things, focusing on the process rather than the outcome. Our lineout has been great this year, and it’s been very pleasing that the team are leading the stats in the competition in both attack and defence.”

Sam Thomson: “Uni will be well drilled and I know they’ve stacked their forwards with Waratahs, but we don’t care. We love the challenge and we want to beat them at their best. It’s going to be a huge battle out there and I have no doubt that whichever pack comes out on top will go a long way to deciding which team wins in the end. You look across the two forward packs and I wouldn’t want to swap any of our guys for theirs. We are hungry and the boys are buzzing for the challenge that is coming on Saturday. Keep an eye out for ‘Big Manny’ [Emmanuel Meafou] coming off the bench, I can’t wait to see how many Sydney Uni players it takes to tackle him.

“I feel as though it definitely helps having the experience of last year. We’ve got a great mix of young and old players and we are confident in each other that we can get the job done. We know that we will have to be tight in defence and work hard off the ball, as Uni love to play off broken, unstructured attack. We will be backing our ‘D’, and looking to really dominate them physically to try to set the platform up front for our backs to strut their stuff. We have match-winners all over the park -from 1 to 23, and we know that if we are in this game with 10 minutes to play, then we have the firepower and confidence to win it. Warringah is more than just a rugby team, it’s a family and it’s a community. We represent them every time we take the field and you will see that tomorrow. Sydney Uni don’t know what’s coming for them.” 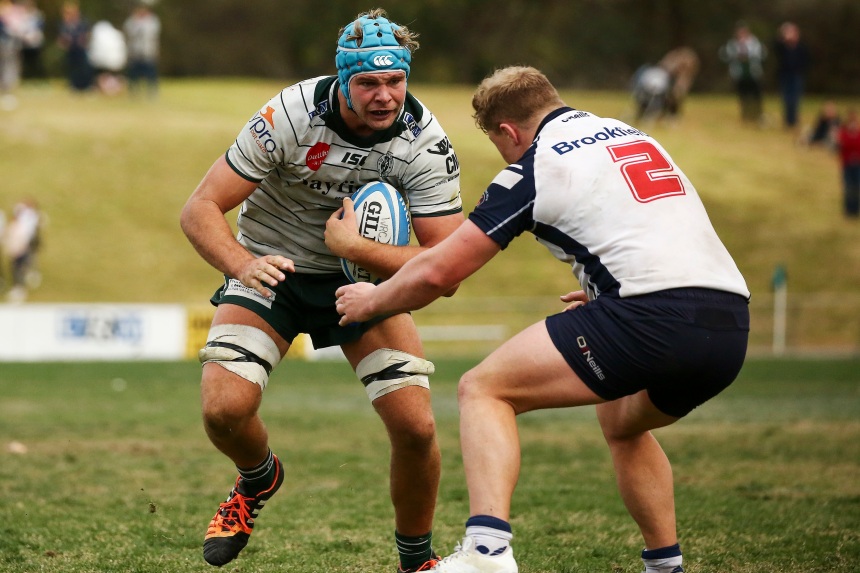 Thomson sizes up Hugh Roach against Eastwood in round 16 – Photo: Karen Watson

Lachlan Swinton: “My first grand final two years ago definitely went quick! But I won’t ever forget the atmosphere, especially playing Norths at Norths. It was the biggest game I had ever played in. It was the worst thing losing in a grand final like that, and I definitely remember the feeling after the game. We’re coming out this time and making sure it doesn’t happen again.

“The boys and I are treating it as just another game on the calendar. We’re not going to be buying into all the external pressures and carry on, we’re there do our job and win. The Rats have done it before last year, but our boys will be rolling in focused on our task. We are going to have to stop the Rats straight up in their forwards, and stop their big bodies before the gain line. We know its going to be a very physical game, which all the boys are ready for.”

Robert Taylor: “Lachlan’s work around the park last week against Manly was extremely impressive, and it certainly caught the eye of a lot of people. His aerial skills are as good as a top AFL player. He has taken big strides in his lineout work, and that showed last weekend with a couple of clean steals.”

Darren Coleman: “It’ll be a good challenge for Sam to match Lachie’s aggression and enthusiasm around general play. And it’ll be a good challenge for Lachie to see if he can compete with Sam’s lineout nous and mobility. Like the scrum, the lineout battle provides a lot of possession so yes, it’s advantageous to do well at it. But if for some reason they get the upper hand in that battle, we can still win the match. I’m keen to see these two big men go at it.”