Hunt and Hegarty in interstate swap for 2019

Interstate rivals New South Wales Waratahs and the Queensland Reds have today announced a talent swap, with Karmichael Hunt heading south to Sydney and Bryce Hegarty going in the other direction to Brisbane.

Both players have signed one-year deals.

Given Hunt’s chequered past since switching to Super Rugby in 2015, his arrival at the Tahs will be no doubt be scrutinised. But head coach Daryl Gibson went to great lengths to explain the decision, and the deliberation that the New South Wales organisation undertook, before asking him to put pen to paper for 2019.

“Today we welcome Karmichael to the NSW Waratahs team,” said Gibson. “We acknowledge the off-field issues that Karmichael has faced in the past and today’s decision is one that as a team and a business, we have not taken lightly.

“We have made an informed decision after completing a thorough process by not only speaking with Karmichael, but also his his family, his team mates and broader support network, as well as consulting our own staff, board, players, and extended support team.

“Karmichael has been very open and genuine with us about his off-field issues and his desire to turn things around, not only professionally but personally.

“As a team, we feel we are well set up to provide the level of support Karmichael needs to transition back to professional rugby. But equally we have also outlined to Karmichael the standards we set as the NSW Waratahs, both on and off the field, and that we won’t settle for anything less.” 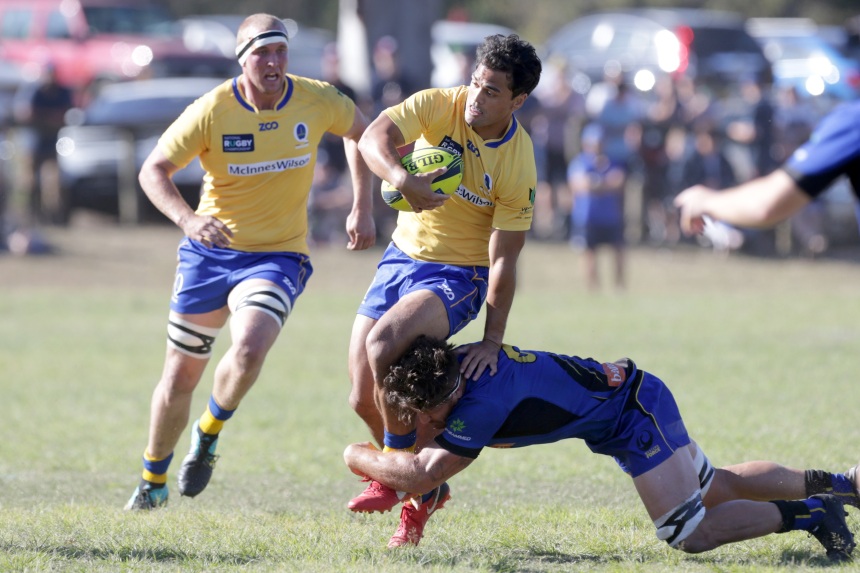 From a purely on-field perspective, Gibson revealed that it was a detailed look at how the Waratahs fell one game short of a grand final last season, that informed their decision to bring Hunt on board.

“One of the findings out of our 2018 season review is that we played our best players too much,” he explained. “Our strategy was we needed to improve the depth of our squad, and Karmichael helps us with that.

“From a rugby perspective, Karmichael provides a great fit for our squad, with the experienced playmaker comfortable playing at 12,13 or 15. I was pleased with what we saw from him throughout the NRC from both his attack and defence.”

A contrite Hunt is acutely aware that all eyes will be on the way he conducts himself once he dons the Cambridge Blue of his new team. But he feels that the time spent soul-searching away from the game for much of 2018, has put him in the right place to kick on and make the most of the opportunity he has been presented with.

“It means a lot to me that Daryl and the Waratahs have decided to give me another go, I’m ready to take this opportunity with both hands,” he said. “Myself, my family and my friends are all excited for the Super Rugby season ahead.

“I’m always the first to admit that I’ve made mistakes. But the time away from the sport has been the most important thing that has happened to me. It provided me with the opportunity to reassess why I was making bad decisions, and work through all of that with my family and my psychologists.

“Spending most of last year away from rugby allowed me to recuperate physically and mentally,” he continued. “Now I’m ready for this new opportunity, I’m feeling better than ever and fresher than I’ve felt in years.

“The NSW Waratahs is a team steeped in history. They were one game away from making the final last year and have winning aspirations, I can’t wait to get back in to it. I’m ready to play and just can’t wait to get my hands on the football.”

Moving in the other direction is another utility back in the shape of Bryce Hegarty, who is returning to his home city of Brisbane after six seasons forging a professional career around the country.

Having been a part of the Brisbane Broncos U20’s squad back in 2011 where he looked to follow in the footsteps of father Steve, a former Manly Warringah Sea Eagles player, a switch to the 15-man code saw Hegarty move to Melbourne for a three-year stint at the Rebels.

A brief sojourn in Japan was followed by his return to Super Rugby with the Waratahs in 2016. But his time in Sydney must be reflected upon with some frustration, with his undoubted talent on the field cruelled by a succession of lengthy injuries, which severely limited his chance to shine in a starting jersey.

Hegarty leaves a trail of Stormers in his wake for the Waratahs – Photo: David Molloy

However, the 26-year-old still takes plenty of nous and experience with him back to the Sunshine State, with 62 Super Rugby caps already under his belt. And that know-how, coupled with his ability to shift across the backline, was an obvious attraction for his new head coach at the Reds, Brad Thorn.

“It’s good to have Bryce here at Ballymore,” affirmed the former All Black. “He’s a Queenslander and comes here with solid Super Rugby experience. He gives us depth in our backline at both fullback and flyhalf, and is a handy kicking option too.”

The feeling is mutual, with Hegarty an unabashed admirer of Thorn, and looking forward to ripping in alongside his new team mates. The chance to experience the interstate rivalry in his home colours for the first time, is another big tick in the box for the proud Queenslander.

“As a player it’s really exciting to have the opportunity to work with someone of Brad’s calibre, and hopefully I can grow as both a player and leader under his tutelage,” he said. “I am really looking forward to getting stuck in with all the boys. I have heard training has been both great and super tough and I’m excited to see and experience it myself.

“I am a Brisbane boy and a Queenslander at heart and am really looking forward to hopefully getting the chance to represent my state. I really love that traditional rivalry that comes with Rugby and especially Queensland v New South Wales, so it will be nice to be on the right side of the border now.”