The announcement this week of World Rugby’s plans to unify the international game under one umbrella by 2022, has met with differing responses.

The proposed ‘Nations Championship’ will see three divisions of competition across two global conferences – Europe and the Rest of the World – allowing for the possibility of promotion and relegation at the end of each season, and competed for in every season except World Cup years.

Existing tournaments, the Six Nations and Rugby Championship, remain in place, and form Division One of their relevant conferences, but with the southern hemisphere showcase expanding to also accomodate six teams. Inter-conference games will be played between all 12 sides in July and November, with points accumulated from all matches to decide the final ladder. At that point, the top two in each conference would progress to a finals series, with the champion decided in December.

In addition, there will be two secondary divisions of six sides each running along the same lines. And at the end of their regular season, the top teams in their respective conferences get the chance to play off against the bottom teams from their Division One counterparts, thereby introducing the potential of promotion and relegation, depending on results.

This will also be applicable to the teams making up Division Three, which will see two conferences of 16 teams, regionally zoned into groups of four. All divisions will be decided by world rankings at an agreed time prior to the inaugural competition.

Confused? Let World Rugby try and explain it all…

World Rugby has moved to clarify the organisation’s position on the merits and structure of a Nations Championship concept in advance of key meetings in Dublin next week. pic.twitter.com/NlefufHdxf

So, if this all started next week, Fiji and Japan would be joining the expanded Rugby Championship based on their current world ranking, and the boon for both those sides to get the chance to play the 10 highest-ranked teams in the world every year is obvious. We’ve seen the progress made by Argentina as a result of the same opportunity.

And with Tonga and Samoa taking their place in Division Two as it stands, the chance is also there for them to move into the upper tier by topping their ladder and winning the promotion play-off.

This news has gone some way towards ameliorating the Pacific Island countries, who were threatening to boycott the Rugby World Cup in Japan later this year after (false) reports surfaced last week of a 12 nation power party to which they weren’t to be invited. For a region that provides almost 20% of players across the world game, that would have been one almighty own goal for World Rugby to kick.

What they do still need however, is a footprint in Super Rugby. But that’s an argument for another day.

Despite some of those earlier concerns being assuaged to some extent, the reaction has still been mixed across the globe. Some see it as a genuine pathway to progress for some of the current lesser lights, others worry about the logistics involved in orchestrating and executing a competition with so many travel and cost implications, while player welfare has also come under scrutiny.

As head coach of Italy, Conor O’Shea is in charge of a team that would appear to be under the most threat from the new proposals, given the Azzurri have finished bottom of the Six Nations ladder in 13 of the 19 years since they were added to the old Five Nations in 2000. But instead, he sees only the positives to come from such a seismic change to the world game.

“On the face of it this seems like a really exciting proposal,” he said. “The one thing we need to do is to grow the game. If we just have the couple of rich kids winning everything we don’t have a game. It’s what is good for the game.

“With what we’re doing in Italy I’d be quite comfortable that, whether it’s me here or someone else here, we have a bloody good team in the making. I’m really comfortable where this team can go. If it comes in two or three years and they are talking about World League promotion and relegation play-offs, if that’s what it is we’ll play to the rules and don’t bet against Italy.” 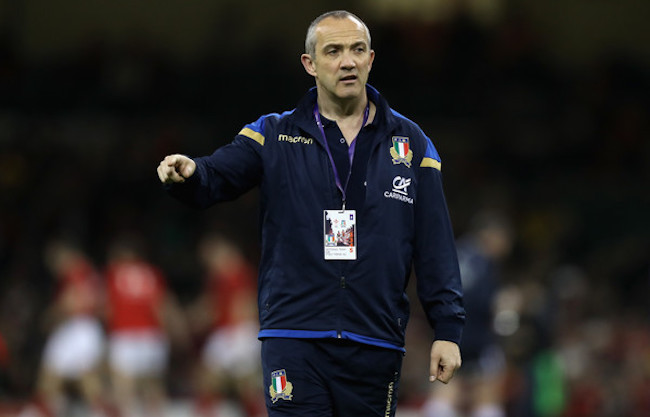 But elsewhere in Europe, reports are already emerging around potential legal action being taken by English and French club sides, who feel they have not been involved in a process that will dictate a future they understood to be locked down for the foreseeable future.

It is believed that both Premiership Rugby and Ligue Nationale de Rugby are considering action because they consider the proposals to be “in clear breach of the San Francisco agreement“, an accord struck by World Rugby back in January 2017 to safeguard the structure of the global season to 2032.

Both parties are angered at not having been consulted, and there is also concern about the impact on the Champions Cup, Europe’s flagship club competition, given it currently runs a couple of rounds through the period where the Nations Championship finals and promotion/relegation deciders would be played.

There is also understandable anxiety from those involved with the PRO14, a league that could reasonably stand to suffer the biggest negative effect as it encompasses clubs that effectively support four national sides in Ireland, Scotland, Wales and Italy.

The clubs will not want to release their players any more than they have to outside the agreed test windows, and it may well be the case that the proposals would only work if all players were to be centrally located by their respective unions. This would give power back to the governing bodies, who would dictate the appearances made by each player for their clubs, a move that would head off the growing welfare concerns.

“You look at it and straight away you are thinking: ‘Player welfare, more matches, how does it fit into the schedule?’,” worries England and Leicester scrumhalf Ben Youngs. “If you want to grow the game I don’t know if that is the right format.”

His skipper at test level, Owen Farrell, has similar reservations. “Players are definitely open to discussing a new global season, but what we develop has to work with the club game in order to reduce conflict, deal with player release issues and make sure their welfare is looked after. The proposal presented to us doesn’t seem to have considered this properly.”

But if the players were at the behest of their national unions, their game time could be duly monitored and controlled accordingly. This would not go down well with the clubs, but like most things, it may come down to money, and the financial rewards for complicity may be too hard to turn down if the interest building amongst global media networks is to be paid heed. One broadcaster is reputed to have already tabled an offer worth $10-14 million to each of the top 12 competing nations.

Were that to be the case, it may provide a model that helps to keep a greater number of top players in the southern hemisphere, which can only be a good thing for the domestic game here. Where would the Wallabies, and their Super Rugby supply lines in the Waratahs, Rebels, Brumbies and Reds be, if they had access to the cream of the 130-odd Australians currently plying their trade on foreign fields for greater remuneration? 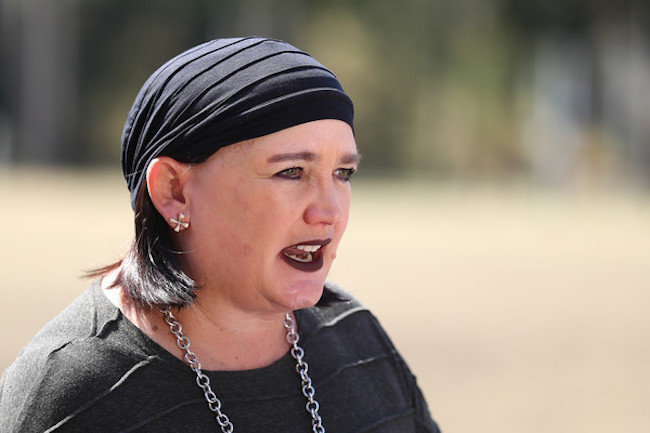 Raelene Castle says that any proposed changes to the global game have to be of benefit to rugby in Australia – Photo: Getty Images

Speaking after the initial reports surfaced, but before World Rugby’s official video release, Rugby Australia CEO Raelene Castle insisted that any potential changes to the current global model would have to be of benefit to the Australian game.

“World Rugby and the National Unions have been in discussions over the past six months to find an International Rugby competition format that delivers increased fan engagement and improved commercial opportunities,” she said. “Rugby lives in a competitive sport and entertainment landscape and it is World Rugby’s role to find options that will help us remain at the very top of that landscape.

“Finding options to review that will deliver increased commercial revenues that allow Australia to have a high performing Wallaby team, keep our best talent in the country, and invest in community rugby, are not easy to find but must be explored,” she continued. “These exploratory discussions have been robust and complex, with player welfare, the growth of developing nations and protecting the great history of the game front and centre in the conversation. The competition model must provide opportunities for the Pacific Islands nations and other developing nations to continue to grow and compete with tier one nations.

“While these discussions are progressing with representatives from World Rugby and the National Unions in the room, nothing has been agreed or finalised. We continue to work to find a proposal that could have universal stakeholder support, deliver to Rugby Australia’s growth targets and grow international rugby’s footprint.”

With so many polarising opinions swirling around both global and social media, World Rugby Chairman Bill Beaumont has hastily convened a meeting with representatives from every current Tier One nation, plus Fiji and Japan, next week in Dublin, to “consider the way forward for an annual international competition.”

Whatever the outcome, it seems clear that the game’s governing body is determined to bring change one way or another. Last September, Vice Chairman Agustín Pichot stated “If you ask me as a businessman, the business side of rugby is not working. If you ask me the playing side is not working. Is the international game under threat? I think it is. I’m not going to be an accomplice to rugby’s ruin.”

Only history will deem that statement to have been a prescient warning, or the clarion call for positive and meaningful change. What do you think? 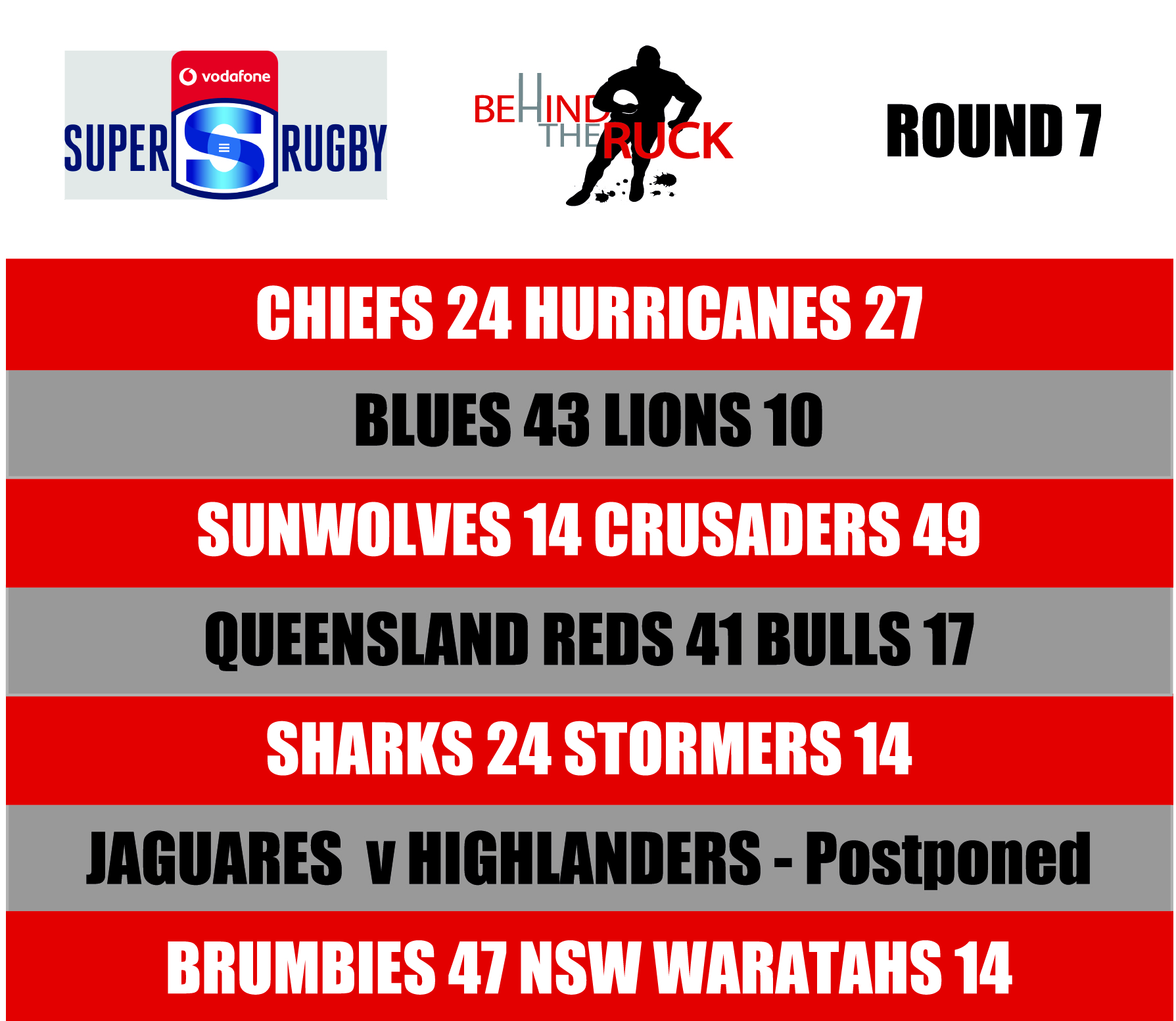 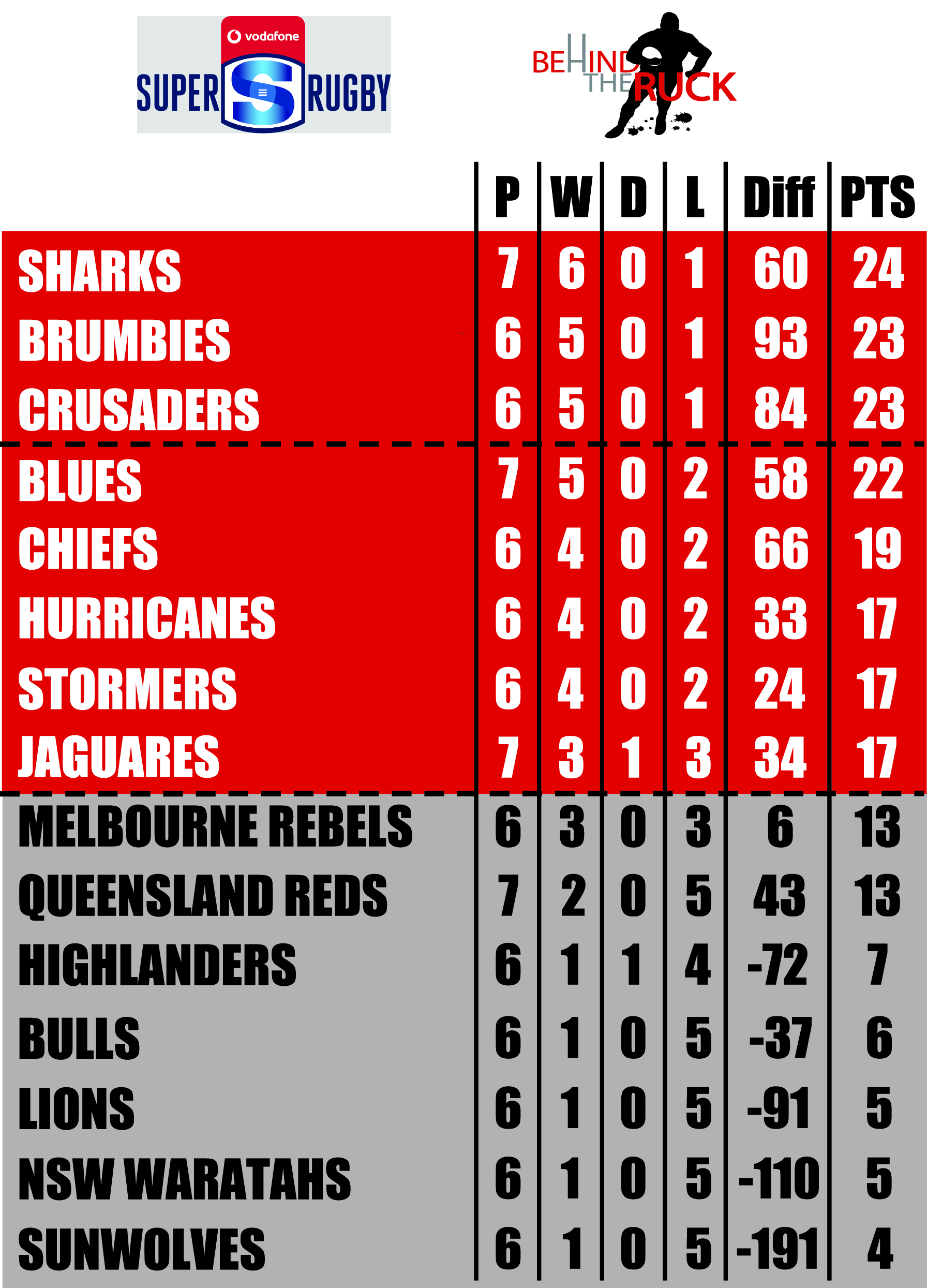 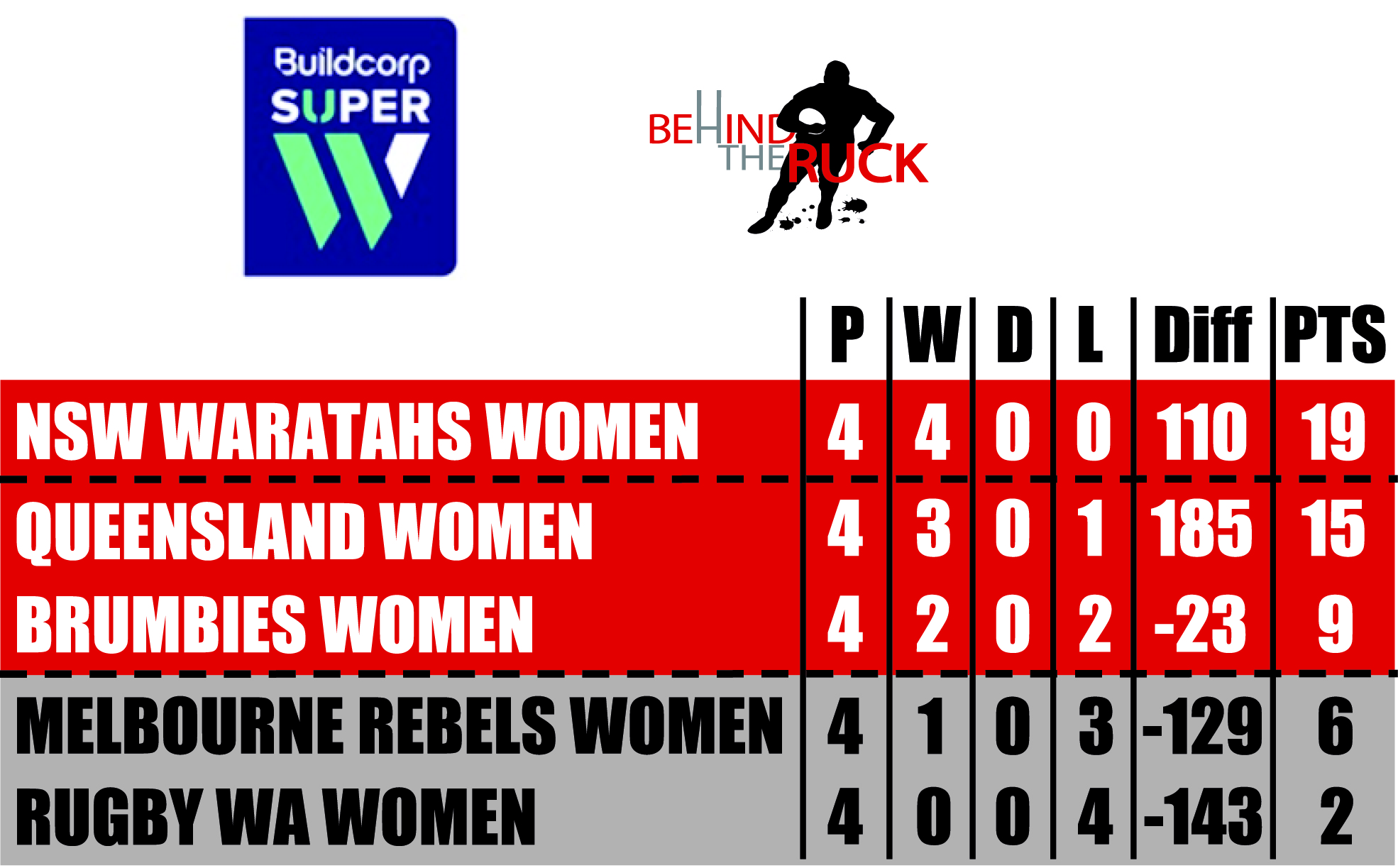 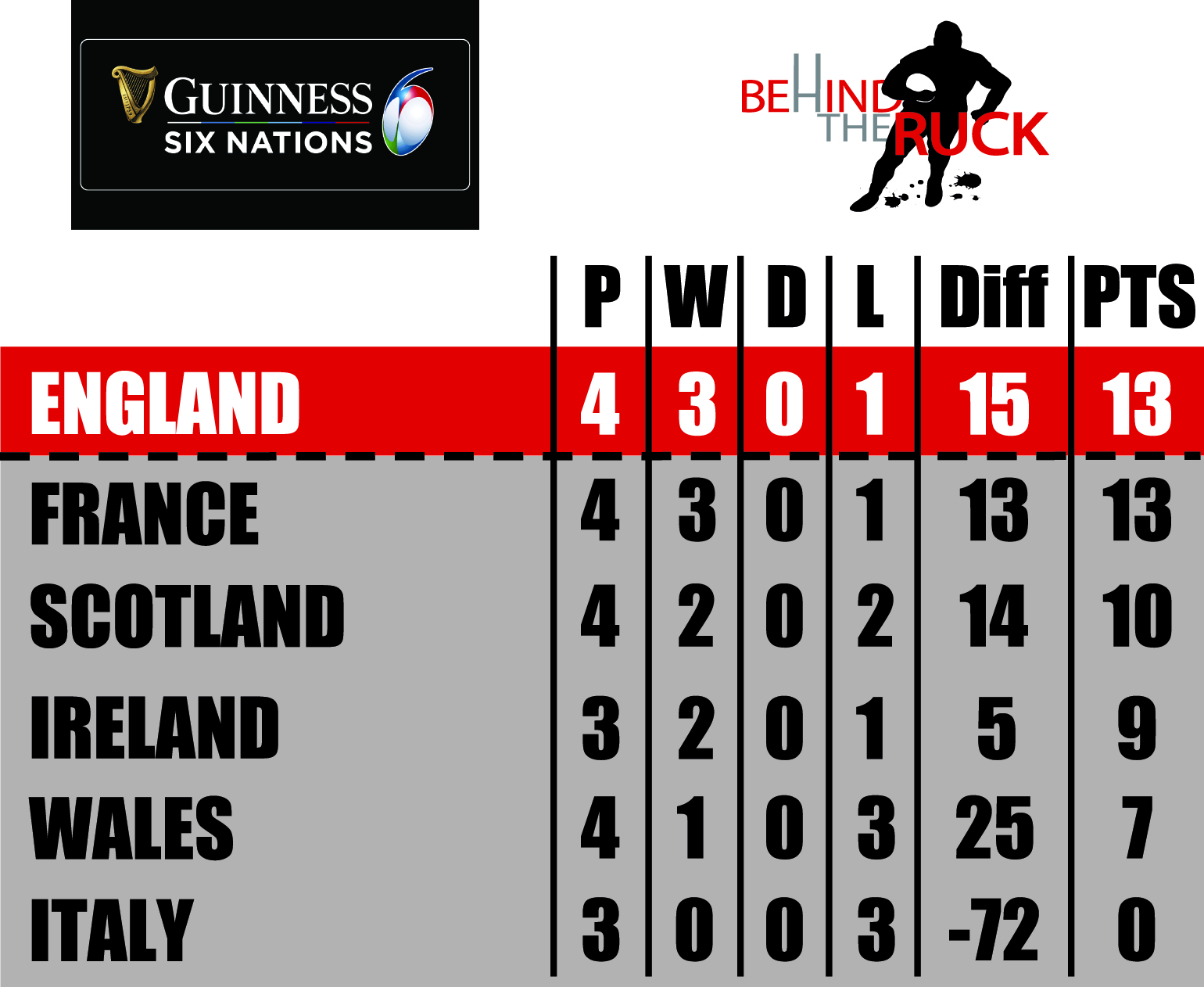