It took a while for Sydney University to break down some dogged resistance from Southern Districts last Saturday afternoon, but when they did, they put their foot to the floor, romping home 50-10 with three tries in the last nine minutes to keep their title defence on track. Check out the in-depth match report here. 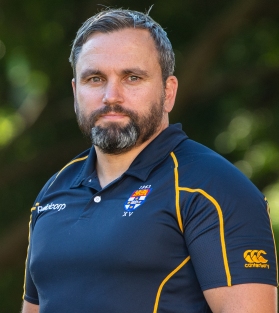 “We just gave up the ball too easily in the first half and we got a man in the bin, but Souths sort of played into our hands. They were playing long phases and weren’t really going anywhere, and we were fine with that because we’re very comfortable with having to defend. I think that showed in the second half as well, where I thought we defended really well apart from one try.

“Our message at half-time was play territory and work the scrum, because we were defending well and keeping them out of our 20, even with the man in the bin. So we didn’t feel that threatened and we were happy to give them the ball, and that started to turn into points.

“Statistically, Souths haven’t gone that well in the last 20, and that’s one of our areas of strength. So we just had to keep fighting away with long phases of play and long scrums, and then finish strongly. It went to plan in that sense, but it was far from an ideal first half in terms of our controllables, with too many penalties and forcing offloads etc.

“Like for all teams, if you put out a consistent team you’re going to do some damage, and that was probably the most consistent team we’ve had all year with only two changes from last week. Josh Kemeny on debut today was exciting, and we’ve been averaging one or two debuts every week. There’s some exciting talent coming through, and it’s nice to be building for the future and getting a few wins as we go.

“We don’t have another bye after the one next week so this is our break, and you wouldn’t want it any earlier, and you wouldn’t want it any later really. We’ve had some short-term pain, but I think the players that we’ve brought through that are now getting some footy, it’s exciting. Uni is always about succession, and a big part of our focus is having an eye on what the team is looking like next year, it isn’t just about this year. We want to encourage players to keep coming up and pushing on, and if players don’t come back from Super Rugby, you can look around now and think ‘This is not too bad a group we have here’ you know.

“The stat that we’re most proud of is that 21 of those 23 out there today were colts, legitimate colts. People will say ‘You just went and recruited the best’, but if they go through that 23 and see names like Nathaniel Tamwoy, James Kane, Harry Potter, Hayden Pomare, Daniel Calavassy, Banjo Travers, even Nick de Crespigny – who were they before they came here? They weren’t all Australian schoolboys, or the best of the best. I’d hate to be losing if I’ve imported 15 guys, that would make a very difficult changing room. So we’re pretty happy with where we’re at.

“We definitely had a better team on paper through the first seven rounds last year. We had Brad Wilkin, Rohan O’Regan, Lachie Swinton and Chris Talakai, Tolu Latu played a lot of games, and so did Paddy Ryan. And funnily enough, when we lost some of those guys we had a rough patch in the middle of the year! But I actually think we’ve played better rugby than that team this year in patches, and we’ve brought so many more guys through. We’ve got about four 1st Graders returning for the Randwick game in a fortnight and then it all depends on how the Waratahs go, and if you look at the calculations of who we could get back, we’re in a pretty good place.” 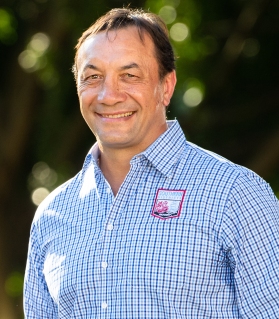 “We know how to score points, and we left more than a couple out there today, but Uni don’t give you anything. They take their opportunities, as Warringah did to us last week, they went bang, down the other end and scored. They’re clinical. They’re also an 80 minute team, and that’s why Uni are champions. That’s our problem at the moment, we’ve put together 55 minutes of outstanding footy, but to be the best you need to do that for 80 minutes.

“I don’t think it’s a fitness issue, I think this is the fittest they’ve been for a long time, it’s more mental. It’s about believing in what we’re doing and why we’re doing it, and getting to an edge and making sure that we’re putting players into gaps and through holes. But if it’s not working, we’ve still got to keep battling away. Our decision making at times needs to improve, trying to put a chip kick over the top and it gets caught and then bang, they’re over.  They’re the little things that I think we’re missing at the moment. We’ve just got to do the simple things right, and not push the points at times.

“But what we showed we can do for that 55-60 minutes, that’s the standard that we’re trying to get to. That’s what we keep talking about, but we keep talking about it and unfortunately we haven’t been showing it. If we’d have shown that against Parramatta, or against Warringah last week, we’re a totally different team. That attitude today was how we need to be playing for the rest of the season, anything less than that and we’ve gone into our shells.

“Uni raise at scrum time when they get near the line, and that’s about picking your moments, because they’re a smart team. But we haven’t had a settled pack at all, and that’s one of the biggest challenges. One week we’ll go out and dominate a scrum and the next we’re off and on, like today, so I’ve just got to find a happy medium. How do we do that? We’ve got to get everyone fit, go back to the drawing board, and work on the fundamentals.

“When the wheels come off, they come off, and good teams don’t do that, that’s an attitude thing. For me, as a new coach coming in from colts, I know a lot of these guys personally, but there’s a lot that I don’t know, and trying to get through that mentally is one of the biggest challenges. In saying that, we’ve got to persevere and make sure that we keep ourselves up each week.

“I’ll probably have a couple of sleepless nights about the fact we’re now 3 and 4, but looking back, I think the bye maybe came too early for us. We didn’t need it, we actually needed to keep that roll on. We lost Denny [Godinet] for three weeks in there as well, and he was big today, and we lost ‘Boner’ [Marcus Carbone] for the year last week, and whilst having him around the boys on game day is still rejuvenating, he’s not playing, which is a big loss.

“That also puts more pressure on a young guy like Nathan Lawson, who’s come up from colts and is very good, but he’s still got a long way to go. We had a guy in the second row in Damien Johnson who is another from colts and we had a young front row out there today as well, so we’re trying to get them to step up and not necessarily talk too much, but hold their own. Having the older guys coming in on top of that and gelling it all together is what we really want, but it’s just a bit hit and miss at the moment.

“We’ve got Norths next week so this is a hard run for us, but it’s still early in the season. We need to stay close to the top sides, we can’t let teams beat us by that much and get away from us. If they’re that much better than us, then fair enough. But they’re not.” 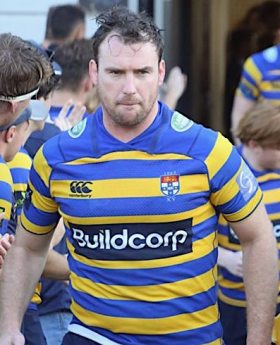 “Obviously, it was close at half-time and 5-3 I think for a lot of the first half, so Souths are a good side and we did have to work hard to break them down. We were always confident that we could though, and I think the potential of this team is scary, because we had a big win and we’re still talking about how many things we could have done better. We definitely respect Souths, and knew they’d bring a lot physically. But at the same time, we backed ourselves to come over the top of them, and it sort of played out exactly to that plan.

“I thought we established scrum dominance early, and then when we went down to seven they got back on top. But I think that gave them a bit of a confidence boost, and then it was a bit closer for the rest of the game until the end, where we’ve got a bit of depth and a couple of our younger guys came on and we won a tighthead and got a penalty try.

“We took the 3pts when we had a man in the bin just to keep the scoreboard ticking, and then we were lucky enough to play a bit of territory and turn the screws at scrum time again before half-time. 15-3 was a lot nicer than going in at 8-3.

“They got a lot of pay at restarts off some really good kicking from their 10, which is something we’ll have to work on, and they started the second half well by doing that, keeping the ball and scoring, so not an ideal start for us. But we didn’t panic, and we really feed off our defence, and when we can defend like we did today and put shots on to force those turnovers, we can be pretty lethal.

“Souths are a good side that like to play pretty direct. But if you can take out their big forwards and centres, and match fire with fire and force a few turnovers, our guys can really do some damage. We’re good at putting teams away, and we’ve gotten a lot better at it.

“We had a lot of changes earlier this year, which broke up the maturity we were growing as a side, and if I look back to the Eastwood and Gordon games, with a bit more maturity and some smarter footy I think we could have won those games. That’s starting to come out now. When we’re under a bit of pressure we go back to our strengths, we don’t lose our composure or start to chase the game, we stick to our processes.

“As we know, it’s a close comp and you’ve got to be up for it every week. We lost four games last year and we don’t forget that, and maybe after the Warringah result we got a bit ahead of ourselves, I don’t know. But there’s no secret that we love playing here, and when we get our tails up we’re pretty hard to stop.

“I don’t think there’s ever a perfect time for a bye. Given how close the comp is, it gives some teams a chance to make ground on us, which isn’t ideal so we’d liked to keep the momentum going. But everyone’s gotta have one, and with it being halfway through the season, it’s probably not a bad time.”