Ireland have got their World Cup campaign back on track with a 35-0 defeat of Russia in Kobe, going some way towards putting the horror show against hosts Japan to rest. But given they were playing the 20th ranked team in the world, and a Russian side forced to play for 20 minutes a man down after two yellow cards, this wasn’t quite the one-sided try-fest that was predicted, or indeed expected.

With Johnny Sexton returning from injury, they looked a different side in the opening stanza, and should have procured more than the 21-0 lead they held at the break. But Ireland’s shape and structures disappeared with their star flyhalf when he was rested for the second forty, and a brave defensive effort from Russia, and a laboured attacking display, saw them add just 14 more points.

No doubt keen to banish the memories of Shizuoka as quickly as possible, Ireland themselves may have been surprised that they found a way to the Russian line inside 90 seconds. A lineout on halfway came back infield for a couple of trademark wraparound plays to stretch the Bears defence, and when a decoy run opened a path for Rob Kearney to hit a pop pass from Luke McGrath, the veteran fullback didn’t need a second invitation to pin back the ears and go 40 metres to score.

But the early setback didn’t appear to faze the Russians. Ploughing the pre-match furrow set out by coach Lyn Jones to play more expansively and offer more as a try-scoring threat, they spent the next 10 minutes running it from everywhere, and adopting a varied kicking game that often had the Irish defence stretched and scrambling.

A terrific up’n’under from flyhalf Ramil Gaisan caused enough confusion to earn a five-metre lineout, only for a skewed throw to cruel their best field position. And having enjoyed the lion’s share of territory and possession with no reward, they were duly punished by Ireland’s next venture at the other end of the field, Johnny Sexton seeing no-one in behind and grubbering through for Peter O’Mahony to scoop up and go under the posts.

Smart thinking from Sexton almost brought a third for his side, taking a quick-tap and smacking a crossfield kick to the opposite flank with the Russian defence napping, but Keith Earls could only get his fingertips to the ball before it dropped to safety in behind.

The sight of no.8 Jordi Murphy leaving the field nursing his arm after 25 minutes must have been a concern for the Irish camp, given he had only just arrived in Japan as an injury replacement for original selection Jack Conan.

But his team got a boost after the half hour when repeat infringements saw Bears lock Bogdan Fedotko sent to the bin. And they took immediate advantage, packing a scrum in front of the posts and eventually recycling it wide for dynamic flanker Rhys Ruddock to power over with a bit of help from John Ryan. That’s how it stayed as the half-time gong sounded, with Ireland in control but yet to get out of second gear, and still a score shy of a bonus point.

His job pretty well done, coach Joe Schmidt opted to wrap key pivot Sexton back up in cotton wool with Samoa and a likely Quarter-Final yet to come. Jack Carty came on in his place, but the young Connacht playmaker was unable to contrive anything in attack in the first 10 minutes of the second half, as Russia dug deep and refused to throw in the towel. If Ireland wanted that all-important fourth try they were going to have earn it.

Again though they received a leg-up, when a clumsy rather than malicious clean out at the ruck from replacement lock Andrey Ostrikov, was punished with a yellow card on 50 minutes. But it was the Bears with the next scoring opportunity, opting to try and get on the board with a long-range penalty after Carty was pinned on the floor, but Gaisin unable to find the accuracy to match his distance.

After huffing and puffing their way through an uninspired third quarter, Ireland suddenly succeeded in blowing Russia’s house down with a very simple but effective play. Carty kicked over the top of an advancing red line, Keith Earls raced through to regather and shift it to Andrew Conway, and the winger showcased his pace to run half the field and ease any Irish concerns.

A typically damaging ball carry from CJ Stander should have brought a fifth try on 67 minutes, after he blasted a path through traffic to get his side within five metres. But the support behind him couldn’t find the finishing touch required, as their execution faltered under the pressure applied by desperate goal-line defence from the Russians. And that has to be a worry for coach Schmidt and his staff after this performance, the general lack of precision across the park, and in particular their backline play.

They finally struck gold off the back of the audacious talents of Jordan Larmour for the try of the match. Carving a path through midfield, the utility dummied his way through the line to free Earls down the left flank. The winger returned the favour after isolating a defender, and Larmour had Garry Ringrose on his inside to complete a length-of-the-field effort, and the day’s scoring.

So they got the bonus point they wanted, but I’m not sure what else Ireland can take from this game outside of the clean sheet in defence. The fact remains that they’ve played 240 minutes of rugby in the tournament, and of the 97 with Johnny Sexton at the helm their combined total score is 45-3, for the 143 without it’s 29-19. Is there another side in the tournament readying to play Quarter Finals footy, whose chances of success seemingly rely so heavily on one player? 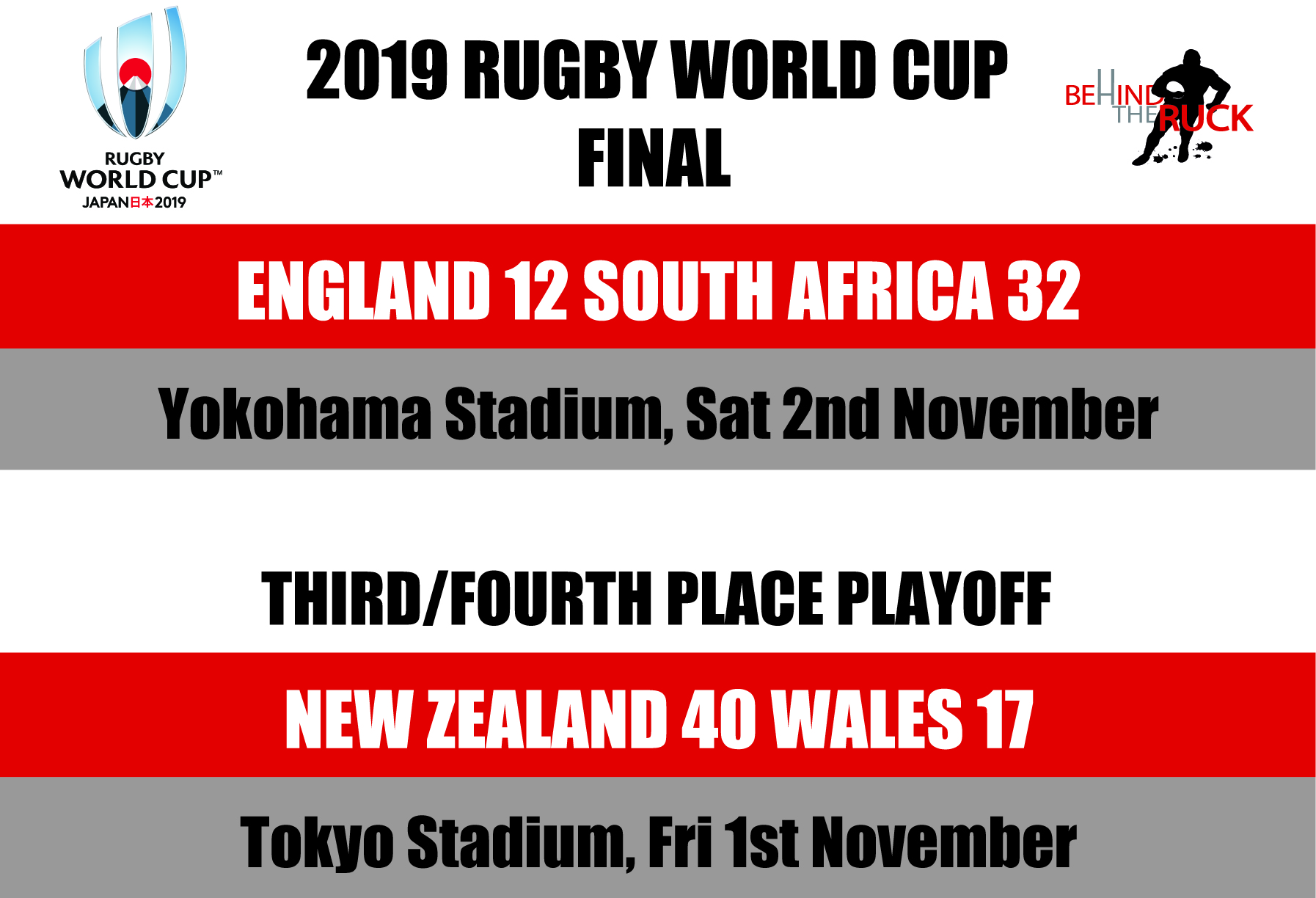