The 2018 Intrust Super Shute Shield season offers up two seismic semi-final clashes this weekend, as Sydney University, Manly, Northern Suburbs and Warringah fight it out for a place in the grand final.

But the race to be the leading points and try-scorers in the competition was run by the end of the regular season, and it was Southern Districts’ Christian Kagiassis (points) and Northern Suburbs’ Richie Woolf (tries) who finished on top of the pile.

A race to the finishing line played out over round 18, with Kagiassis holding a 13pt lead in the hot shots stakes over Sydney University’s James Kane before a ball was kicked, who was in turn just two points ahead of Manly’s Nick Holton, and five in front of Northern Suburbs flyhalf Angus Sinclair.

Meanwhile, the pie-baggers title appeared to be a two-way race between Woolf (16) and Warringah’s Josh Holmes (14), unless Souths’ Marcus Carbone, Eastwood’s Pama Fou, or Manly’s Josh Turner (all on 11) could pull out some crazy final day heroics.

So for those of us interested in the individual layers of who does what and when in arguably the ultimate team sport, watching the scores rolling in as and when they happened thanks to the terrific Fusesport app, was almost as intriguing as the battle for order in the already qualified top six.

Round 18 didn’t disappoint, with another healthy average of just under 69pts scored per game across the five matches. But who took the individual try-scoring and points-scoring plaudits on the day? 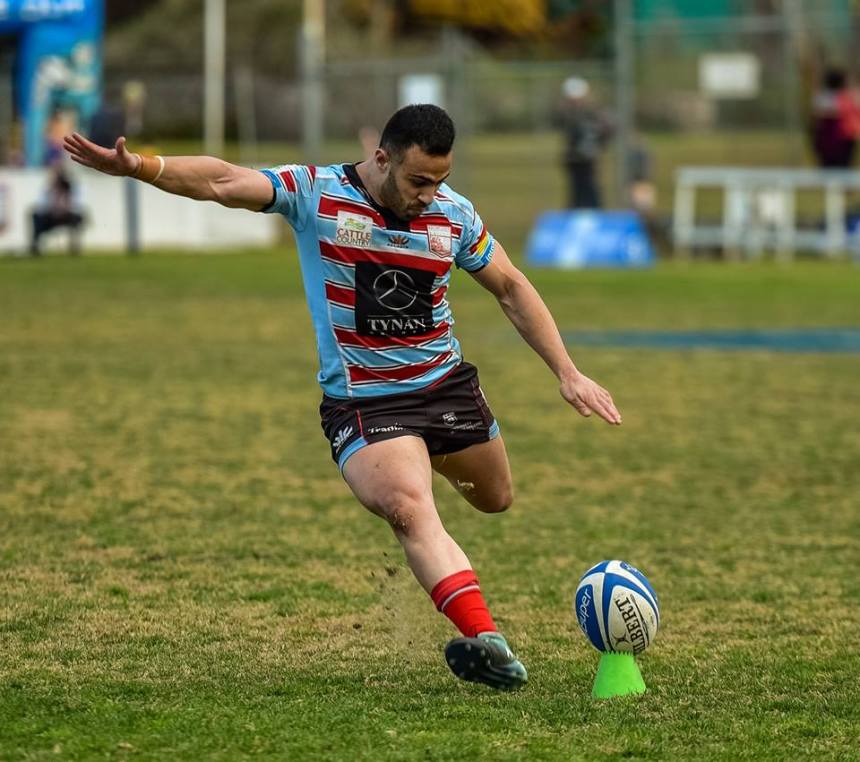 Josh Holmes’ early score for the Rats against Souths at Forshaw Park was cancelled out by another five-pointer for Woolf at North Sydney Oval, where the Shoremen were hosting Randwick. And a second for the prolific Warringah scrumhalf brought him back to within one, but that was where it ended, Woolf scraping home to finish ahead off the back of an incredible 10 tries in his last five matches, having missed five rounds with injury.

While Holmes was going close in the try-scoring stakes at one end of the field, Kagiassis was laying down a marker at the other, finishing up with a 14pt haul to cement his advantage over Kane before a ball was kicked in the 5pm start between Uni and Gordon that was to follow.

It would have been 16 had he slotted a conversion on the bell, and the only team wishing that would have happened other than his own, were Manly. Had the ball gone between the sticks Souths would have beaten Warringah 41-40, meaning that the Marlins – who were held to a draw at home by Eastwood – would have hosted the Rats in last weekend’s Qualifying Finals, rather than travelling up the peninsular to Rat Park instead.

Without wishing to be disrespectful to Gordon, James Kane needing 28pts to overhaul Kagiassis wasn’t the unlikeliest of scenarios given the unusually high numbers the Highlanders have been shipping at the wrong end in 2018.

And he had a bloody good go to, a try and eight conversions earning an impressive 21pt haul but ultimately leaving him jus seven shy of his required target. Elsewhere, Sam Giltrap matched Kagiassis with 14pts of his own to complete a tidy regular season for the Intrust Super Shute Shield debutant. But he did so at the expense of an injured Angus Sinclair, the extent of which didn’t become apparent until he failed to take the field against Eastwood last Sunday. Fingers crossed Gussy still has a part to play for the Red and Blacks this season.

Nick Holton also racked up 14pts at the Village Green to rubber stamp third spot, with the runaway leader at one point in the year, Sam Malcolm, adding another six points top his tally in West Harbour’s thumping of Parramatta, to come home in fifth. 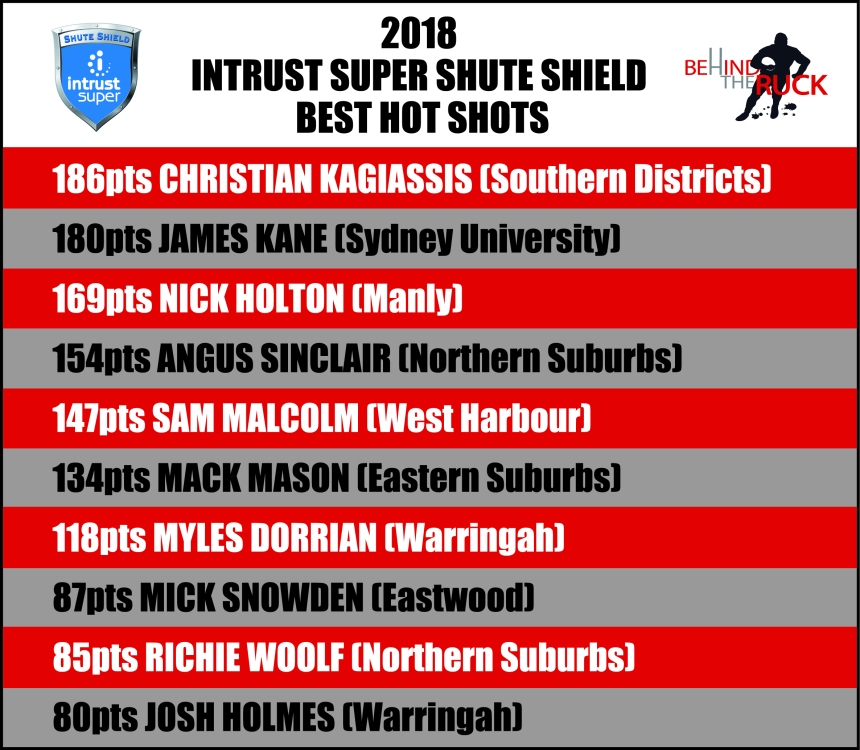 For Kagiassis, lifting the Roscoe Fay Trophy was the culmination of a year of working hard on his game as he adjusted to new surroundings. Having shone increasingly brightly for Sydney University in the last couple of seasons, he took the bold decision to up sticks and challenge himself in a new environment when he moved to Souths in the off-season, and apart from the Rebels missing out on the finals, it couldn’t have gone better from an individual perspective.

“The move was a very tough decision for me, and I considered many factors,” he told Behind the Ruck this week. “However, I decided to move to Souths to challenge myself in a different environment, as well as to move into a position closer to the ball.

“We lost a few tough games early on in the season, and in such a tough and tight competition as the Shute Shield is, the top six slowly slipped out of our hands. But I’ve loved every minute at Souths. Despite the tough year we faced on the field, the club has welcomed me from day one, and I’ve really enjoyed getting to know such a great bunch of blokes over the year.”

Finishing as the leading points-scorer in the competition when playing for a team that ended up in 7th place is no mean feat, especially when you consider he donned four different numbers on his back across the year – 10, 11, 14 and 15 – “Fullback is my preference and is the position that I think best shows my abilities,” he adds.

But while focusing all his efforts on helping his team as best he could from wherever he was selected on the field, he admits that he did have one eye on the points standings.

“Yeah, I had been paying close attention to it, especially towards the back end of the year. However scoring points was just a bonus, my main focus was trying to play my best footy each week for Souths.

“I’d like to think I’m a natural!” he laughs when asked about his kicking style. “However, I’m definitely the guy that rocks up to training early and goal kicks for 45 minutes before training starts. I did that for every session from the start of pre-season.”

See kids, practice does pay off! 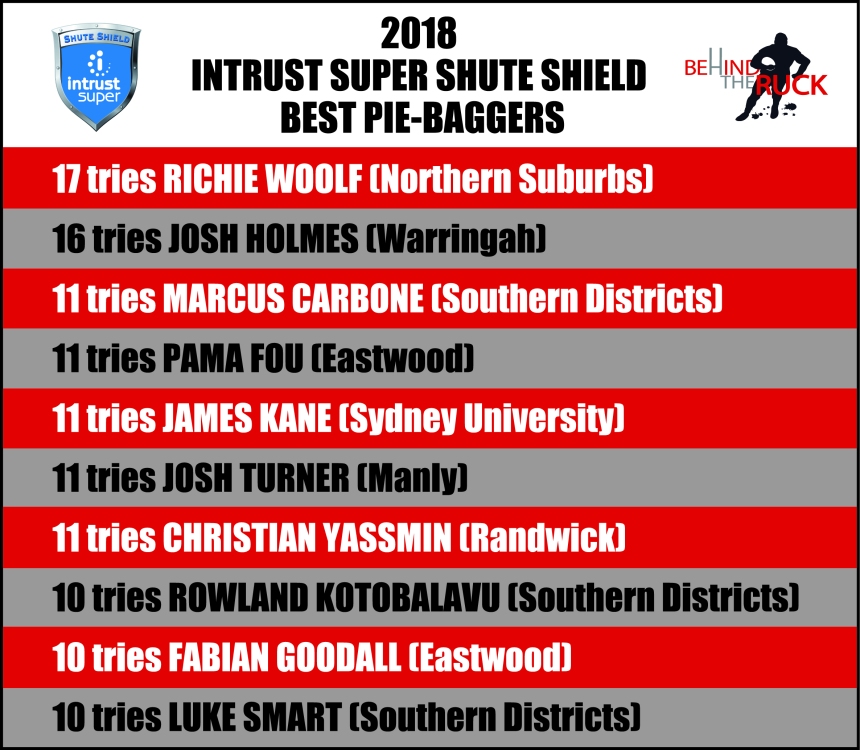 While Richie Woolf and Josh Holmes were slugging it out pie-for-pie, there were only a couple of other doubles to mention on the last day. Southern Districts rookie Rowland Kotobalavu signed off on an impressive first season of 1st grade with a couple against Warringah to take him into a share of 4th spot overall, while West Harbour’s wrecking ball Enoki Muliufi, and the equally damaging Albert Tuisue, both claimed a brace for the Pirates.

Factor in the five games that Richie Woolf missed through injury, plus the two Penrith ‘byes’, then his tally of 17 tries was achieved in only 11 games of footy – that’s a 154% strike rate per 80 minutes! At that rate, he would have been on target to top Peter Playford’s jaw-dropping record of 29 tries in a season back in 2005 had he played in every match.

But despite his five-point heroics in 2018, the unassuming and extremely humble Woolf preferred to defer all the glory on to his team mates when he spoke to Behind the Ruck after last weekend’s tense Qualifying Final win over Eastwood.

“For me as a winger especially, it’s all about the 14 guys inside me, so if I’m the top try scorer it’s all because of the work they’re doing inside. I think this year our pattern has been to get it out wide, and I think this is just a reflection of that.

“If you watch the replays, most of those tries it’s just me falling over the line with no defenders in front of me. That’s because guys like Irae [Simone], Harry [Burey] and Angus [Sinclair] do their job and stick their man, so there’s no-one on me when I get it. There’s been a few where I’ve gone looking for it with intercepts and what-not, but mostly it comes from the guys inside me.”

The sight of Woolf streaking away half the length of the field with little help of being caught has become an all-too familiar and uncomfortable sight for opposition defences. But amazingly for someone blessed with such natural running ability, his sporting prowess at an early age revolved around the pool rather than the athletic track.

“I was always a swimmer and a water polo player, and while I did do some sprinting I was never a sprinter,” he reveals. “I did long jump at Knox and CAS, but the running didn’t really develop until after I’d left school and started playing Subbies rugby. I think it’s just the long legs and long levers that help me out – [former Norths head coach] Simon Cron used to call me the newborn foal!

Next up for Woolf and his fellow Shoremen is a home semi-final at North Sydney Oval against Warringah, a re-run of last year’s Intrust Super Shute Shield grand final, where they went down 28-25. The most frustrating part of that day for those involved in red and black, was that they failed to find their best form when it counted. It clearly still burns.

“I think finals footy is a new game every week, so as far as we’re concerned it’s 15 guys with white shirts next week and it doesn’t matter where we came on the ladder or where they came. We know we’re going nowhere next week if we lose, and we know we go into our third grand final if we win.” 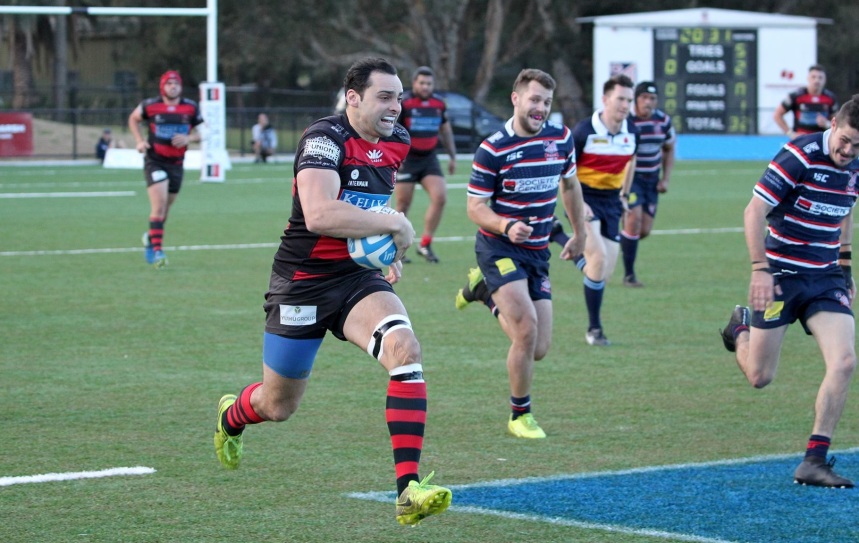 Congratulations to all on their efforts in 2018.

* All results for games against Penrith awarded 28-0, and scorers records expunged