The Sydney University juggernaut kept on rolling at the weekend with another comprehensive and high-scoring win over a resurgent Warringah, despite the Students being a little off-key by the standards they have set so far in 2021. The Rats arrived off the back of three successive victories, including the impressive downing of Eastwood on their own turf, and presented the toughest challenge yet to a Uni side that hasn’t missed a beat since the return of two-time Premiership winning head coach Robert Taylor. But first half errors were punished by a clinical home attack, and although they didn’t enjoy the set-piece dominance that has been a feature of their campaign thus far, Uni had enough control and ruthlessness in the closing stages to stretch away for a 45-12 final scoreline – meaning they average 49.7pts per match!

“It wasn’t a pretty game and I think the supporters should be asking for their money back somewhat, but there were some good moments. We’ve obviously had a great rivalry with them in recent years with the grand finals and on paper they’ve got some serious firepower, so we identified them as our biggest game so far outside of Eastwood. Anyone that goes to TG Millner and wins like they did under a couple of yellow cards is clearly dangerous. For us it was probably a little bit of a trap as well, with one more game to the bye and people maybe thinking this was all too easy, and there was a bit of an internal drive there to make sure those high standards were maintained. So we’re really pleased with the win and with the scoreline against the third placed team.

“On that field out there today, which wasn’t great, you don’t want to be playing too much footy in your own half, and the guys are playing a style of footy that creates incredible pressure and good attacking opportunities for us when teams don’t stay disciplined. The lineout struggled at times so we weren’t able to double-down on that pressure, but it’s nice to have some ugly moments and still put on forty-five points. We didn’t have to do anything greatly different today, we just did what we do well.

“Our scrum has been inconsistent so far this year by comparison to the usual Uni standard, but the maul has gone really well and Rohan O’Regan has done an exceptional job there and at lineout time. The back three are really clear when an opportunity is on, or when it’s just a case of putting it back, carrying hard or passing it on. They’re doing an excellent job of identifying when or what option to take, and getting the balance between a kicking game and a running game – particularly when it becomes unstructured. As you saw with the third try, when we were potentially setting up for a kick but then just passed it and ran it in superbly, I think teams will be looking at us and saying that they can’t give us any unstructured play because we can pounce like that.

“I was disappointed that we gave them a sniff just before half-time and I gave the guys a bit of a rev up, not just because of the try but because we were just cruising a little bit. One of the areas that we want to address is keeping teams out of our twenty-two because they’re really struggling to score outside of it. And at the start of the season we were straight out of the gates and then a bit average in the second half. Now we’re getting a bit more balance and the guys are getting more ruthless, and that’s what I want to see from them.

Charlie Hancock adds another for the Students – Photo: AJF Photography

“We’re seven wins and no losses now, back in 2019 I think we may have lost three games in the same period, so we had a slow start. In 2018 too we’d lost to Norths and then maybe Warringah, so the consistency of performance, not just the results, is really pleasing. We’re averaging just under fifty points a game, the defence is getting better, and you can see a game plan out there. From my time in the UK I brought back a lot of awareness, and I think what you’re seeing out there is a team that is really clear on their game plan, whereas in the past it was maybe a bit of this and a bit of that at times.

“We now have the bye and it’s important that the guys look forward to the break and freshen up. We’ve got some exciting games coming up so it won’t take much to motivate them. They loving playing Randwick at Coogee, and then it’s back here against Gordon who are Premiers, so we’re the underdogs. We want to go up against the best and see where we’re at. We need to keep evolving, and there’s some exciting players to come back as well.” 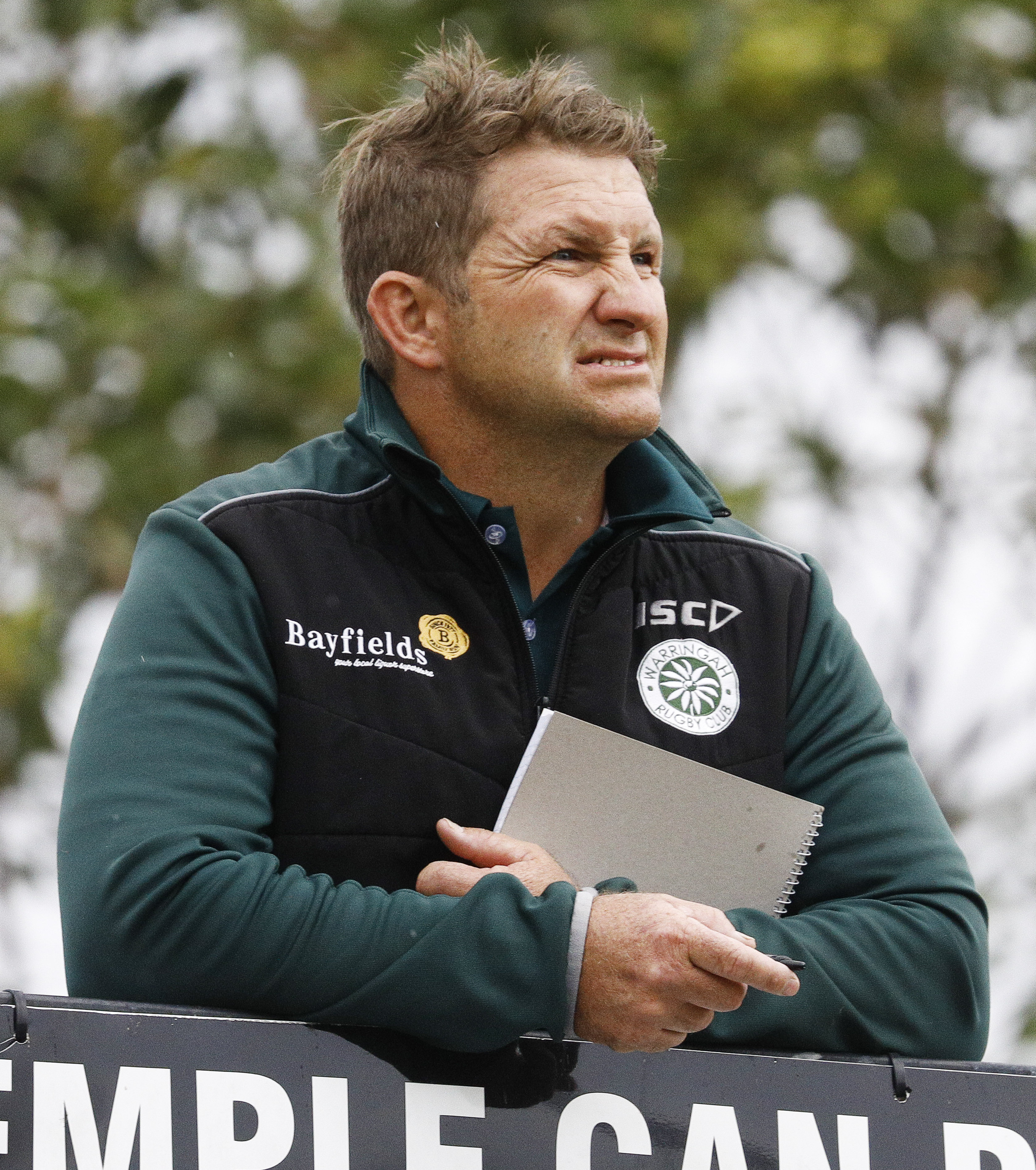 “As I said to the boys at the end, I think today we got a lesson in what it takes to be consistently good at what you’re good at. We knew what was coming and we didn’t get anything different, we just got a team that was consistently good for eighty minutes and we weren’t able to go with them. There’s not too many teams in the competition that work as hard as they do. You’ve got to be able to sustain pressure for long periods, and they’re the best at being able to do that. Full credit to them, they executed well.

“I think some of our execution on our contact kick-receipt was off today. We weren’t able to take the ball cleanly to give ourselves an opportunity to attack, and we compounded pressure through errors and they made us pay. You can’t do much as a coach about individual errors out on the pitch, but it’s still our job to try and make sure they don’t happen. But we definitely put ourselves under pressure in the first half, and two tries came directly from our errors. They kick the ball a lot, but it’s kicking with purpose and kicking to exert defensive pressure to turn the footy over and put themselves in attacking positions. We also didn’t exit well today, which put us under pressure again.

“Having been under pressure possession-wise and territory-wise, to get that try before half-time definitely showed us that once we got in their twenty-two that we were capable of scoring points, and the way we finished the game reflected that as well. That’s frustrating but again, we weren’t clinical enough and good enough today to put ourselves in those positions. It just wasn’t the result we were after.

“We just spoke about the next month and how today wasn’t going to define our season. We learned our lessons today but we pick ourselves up and go again next week. We’ve got a great young group who are super-competitive, and while they’ll take today pretty hard they’ll turn up on Monday ready to work again and I know we’ll bounce back. We’re still in a very strong position and we look forward to the challenges coming up.” 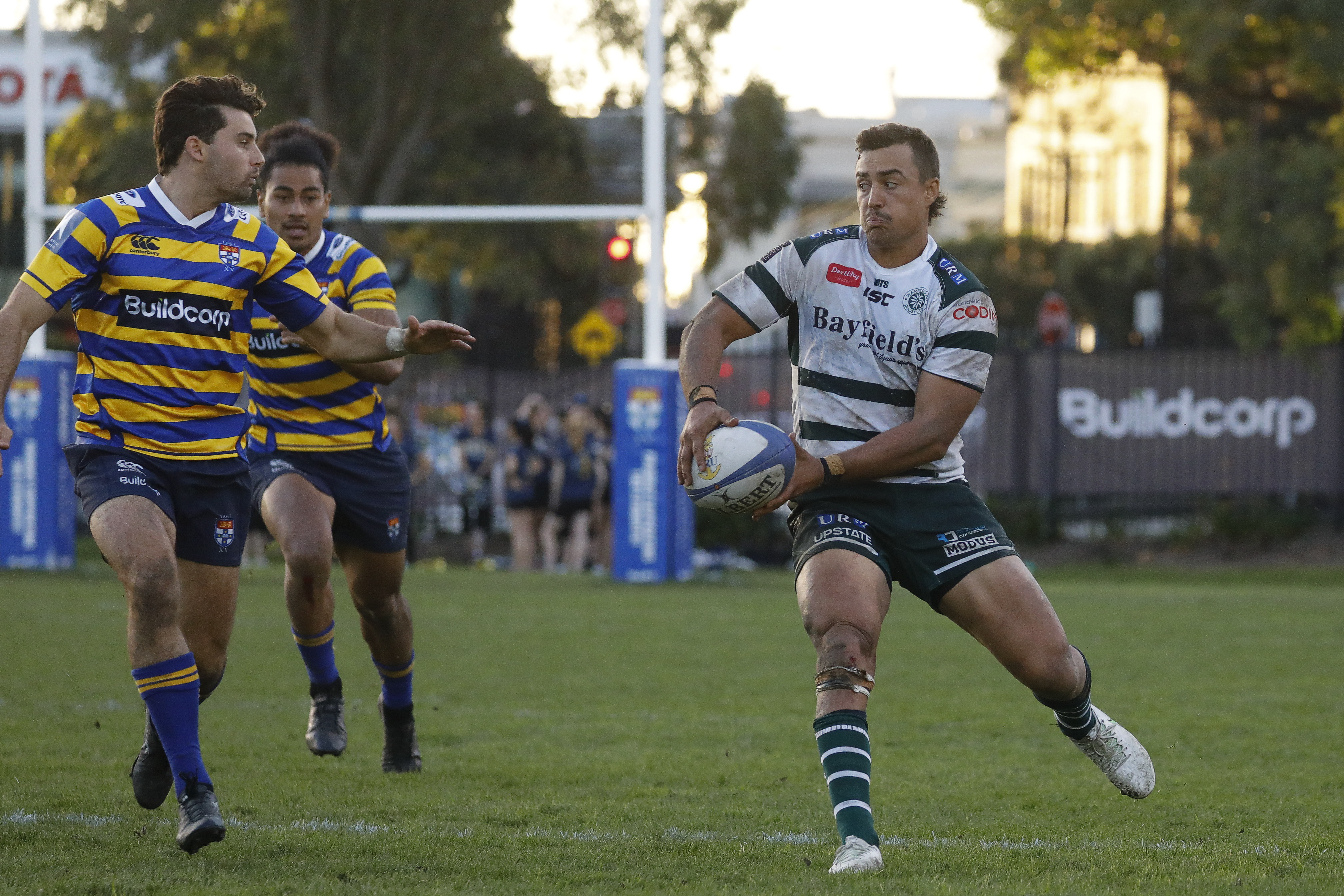 “I think the big one for us is just going game to game. We started against teams like Hunter, West Harbour and Penrith, who some might think were easy games. But they really weren’t, and what that’s given us is a really physical start to the year and we’ve built in nicely off the back of them into these ‘harder’ games. Warringah was a litmus test for us. They’ve got a hardworking pack that we knew were going to be up for the fight, and some skilful backs. We were very aware of what Ben Marr and Ben Woollett are capable of out wide. So I’m really pleased to get that win today because it really shows that we’re up for the challenge, whoever it comes from.

“We’re playing a high-octane brand of football, and when there’s opportunities to score points we’re taking them. We’re probably not scoring through the more conventional set-play of put it through the hands and over in the corner, points are coming from all the different parts of our game. If you’re scoring off your maul, off your scrum, when you go out wide or off your counter-attack, then you’ve just got a lot of options, and I think that’s why we’re putting on so many points to be honest. We’re also catching teams out late in games.

“‘A kick is only as good as it’s chase’ is a classic old saying, but it holds true the way we’re playing. Warringah did give us a few opportunities off the back of our kicking today, particularly with how our maul is going, and we’re working hard on our set-piece to make the most of those opportunities. We’re definitely not trying to play a lot of footy in our half. That being said, we’re still trying to keep that balance of pinning teams in their own half but also just playing footy when it’s on, and when you have players like Tim Clements, Henry Clunies-Ross or Eddie King for example, who can sniff out those opportunities when they come, that’s really adding to our success. The whole backline have been outstanding, but behind all that is our hard work and the effort our pack is getting through in the middle of the field.

“We’ve got a lot of good defenders. Guys like Nick de Crespigny and Declan Moore naturally bring a lot of physicality to first grade and have done for a few years now. But also guys like Tom Osborne and Luke Ratcliff, who people maybe haven’t heard much about before, their defence this year has been outstanding. They’re young and they’re fearless, and I think we’re lucky to have that balance in the forward pack at the moment of players who are willing to get off the line and hit front-on. We might give a bit of weight away in some aspects, but if you’re intent is there and you’re willing to whack people, and you have that combination from forwards and backs, it means our defensive line is very strong.

“I’ve been here for six or seven years now, and what I’ve noticed is that every single first grade side has a slightly different identity. Yes, all Sydney Uni teams have a strong set-piece and they’re fit and they execute well. But we haven’t spoken about the last three years or so, we’re just trying to execute the current game plan. Rob coming back has been fantastic, and we’ve put a lot of hard work into pre-season. If you want to draw any comparisons between last year and this it’s probably just a matter of fitness and detail. There are no excuses for where we ended up last year, but we didn’t get the opportunity to get the detail that we wanted under our belts. The same goes for fitness and that’s probably where we fell short.

“I’m loving being captain. It’s certainly been difficult for me the last few years being behind Brad Wilkin and Josh Kemeny, who are both outstanding Super Rugby players. So it’s nice for me now to see that perseverance and hard work that I’ve put in being rewarded. Being at a club like Sydney University you don’t know when that opportunity is going to come and I’m just relishing it. But I just wanted to be in that number seven jersey and playing good rugby, and not only satisfied with playing first grade. The captaincy is a bonus.”